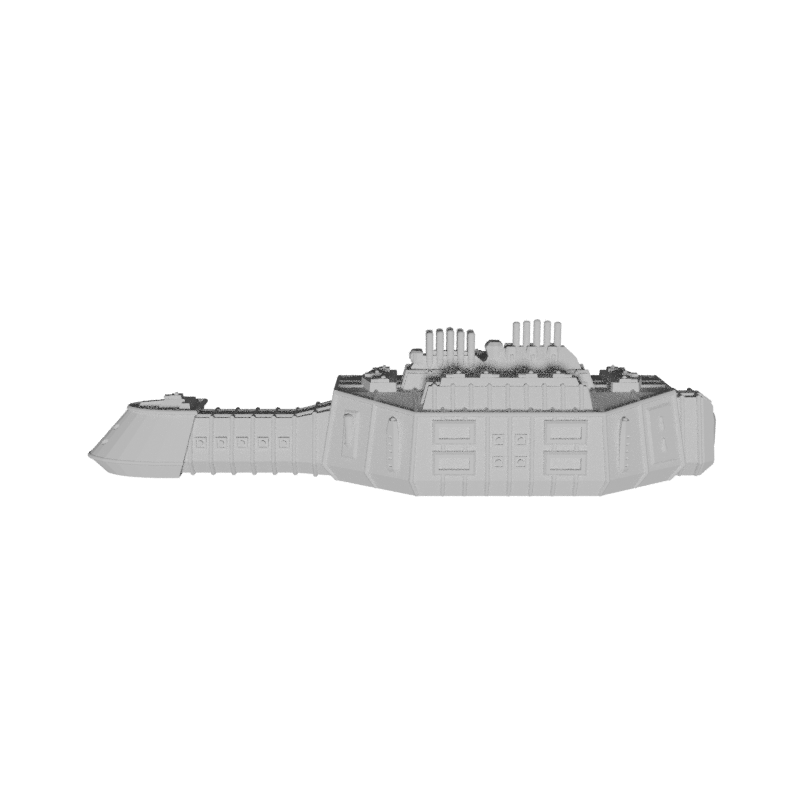 This compactness comes at a price, however; the Zakzûl is necessarily slow and lightly armed. Its protection, while still significant, is less than that of the dreadnoughts two-thirds its size. However, it is well protected with numerous blaster and autocannon point and interdiction defence systems, and while its plasma batteries are only modest, they can still pack a powerful punch to an overconfident foe.