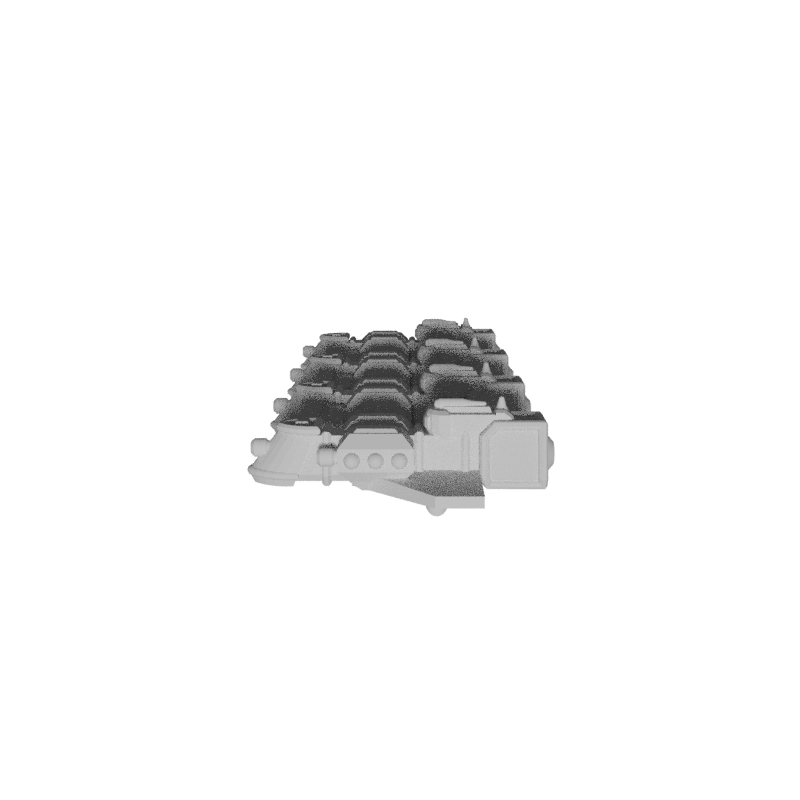 The Kaz Modan Torpedo Frigate is a modification of the Kaz Modan to carry a payload of torpedoes, in three forward-firing tubes. While the port and starboard tubes fitted into the superstructure and replaced the missile racks, more work had to be done to accommodate the central tube, as the longer required bay dug deeper into the hull. The dorsal missile rack was removed and the extra mass formed the torpedo magazines.