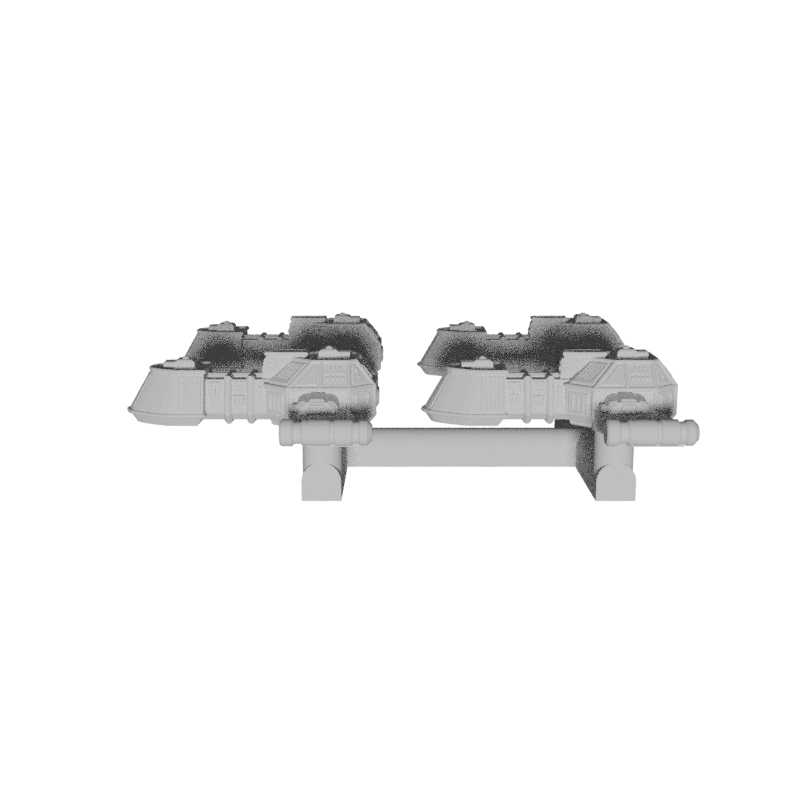 The Bâel Dûne Fighter Cruiser performs the dual role of assault shuttle and attack craft. Armed with two heavy autocannons on the wing tips, and twin turreted autocannons for point defence, the Bâel Dûne's attack power comes from the twin torpedo launchers just above the wings. The torpedo launchers can carry a considerable amount of reloads. Combined with the Bâel Dûne's enormous shielding - equal to some medium cruisers, this ensure that vessel can be a sustained threat throughout a battle. In addition, in carries two boarding parties for capture operations, or a similar amount of ground troops for planetary drops.

As with the other Dwarven light craft, the Bâel Dûne's primary weakness is a lack of hyperdrive.