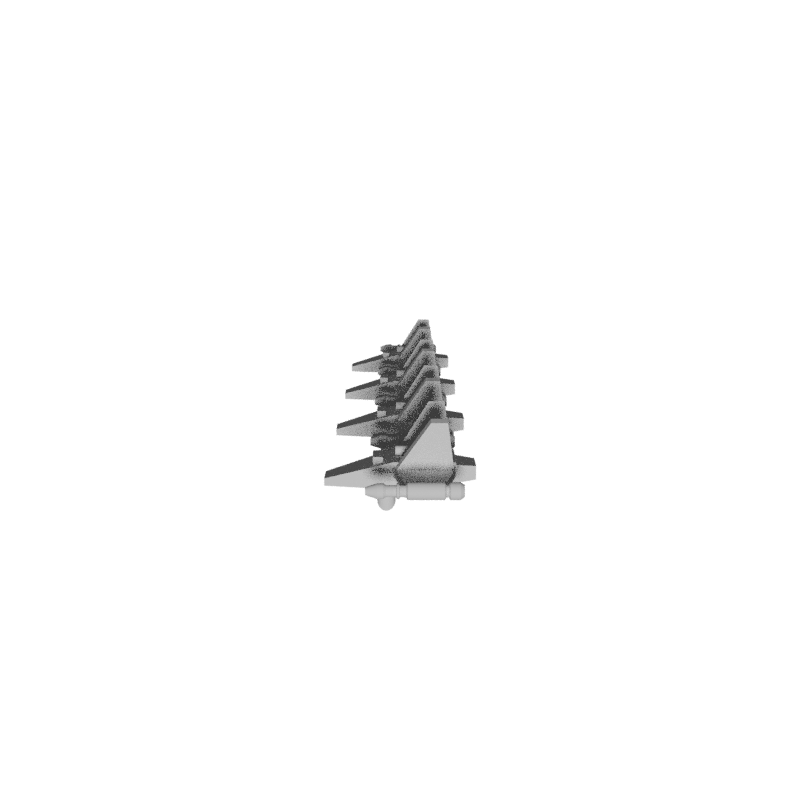 The Flight Spawn, like the Vicious Meteor is an older vessel. The Flight Spawn has a small but powerful pair of blaster beam cannons. The addition of the upper vacuum-collator arrays allowed sufficient space and energy to be saved for it to mount twin missile racks on the underside of it's wings, which it's predecessor, the now-obsolete Flash Spite Corvette, lacked. The racks are typically fitted out with short-range missiles, whose range matches the Flight Spawn's operational attack range. However, they have been seen fitted with other munitions, from point-defence missiles, to standard-range missiles or even short-range heavy missiles or salvo rockets.