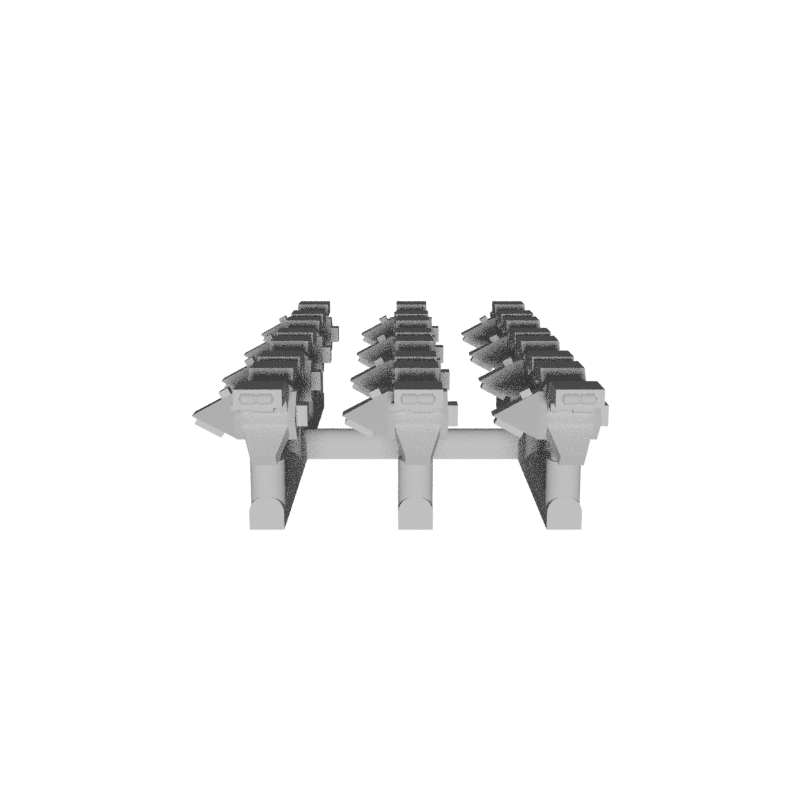 The Blistering Slash is a strike bomber, having lesser shields but being as agile as the Fire Plague Fighters. They carry a single double-tap torpedo launcher under the nose (typically with four heavier and one lighter torpedo in the magazine) and four blaster cannons under the wing struts.