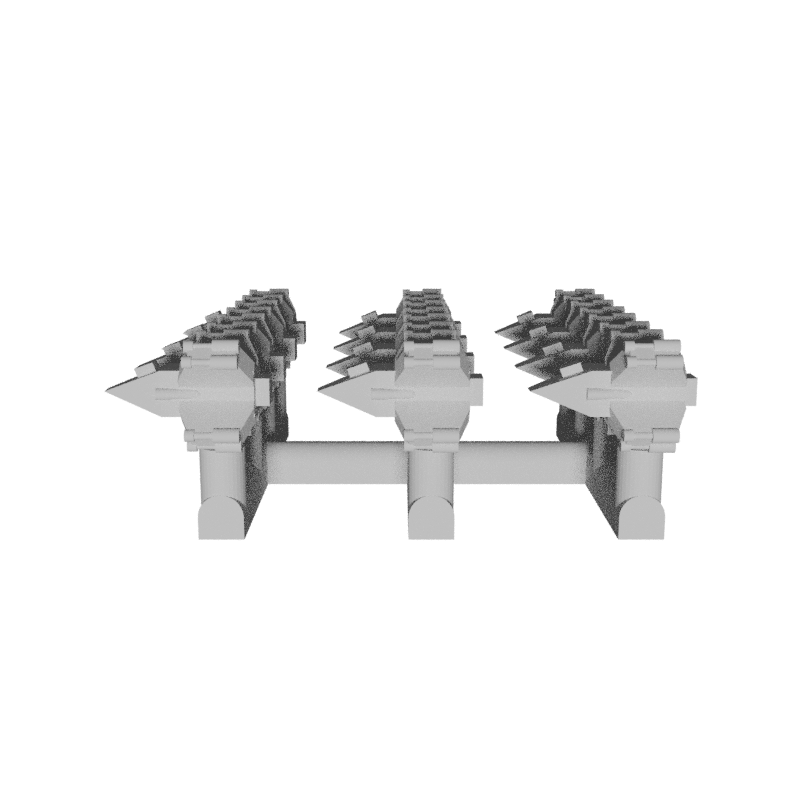 The Fire Plague is a well armed fighter. It has average shields and manoeuvrability, but relies on eight blaster cannons as it's armament. Fire Plagues are dangerous in large numbers, and also are quite adept in the anti-missile role. As they have no disposal munitions, they function at full efficiency for a longer period. However, this means their anti-capital ship effectiveness relies on weight of numbers wearing the target down.