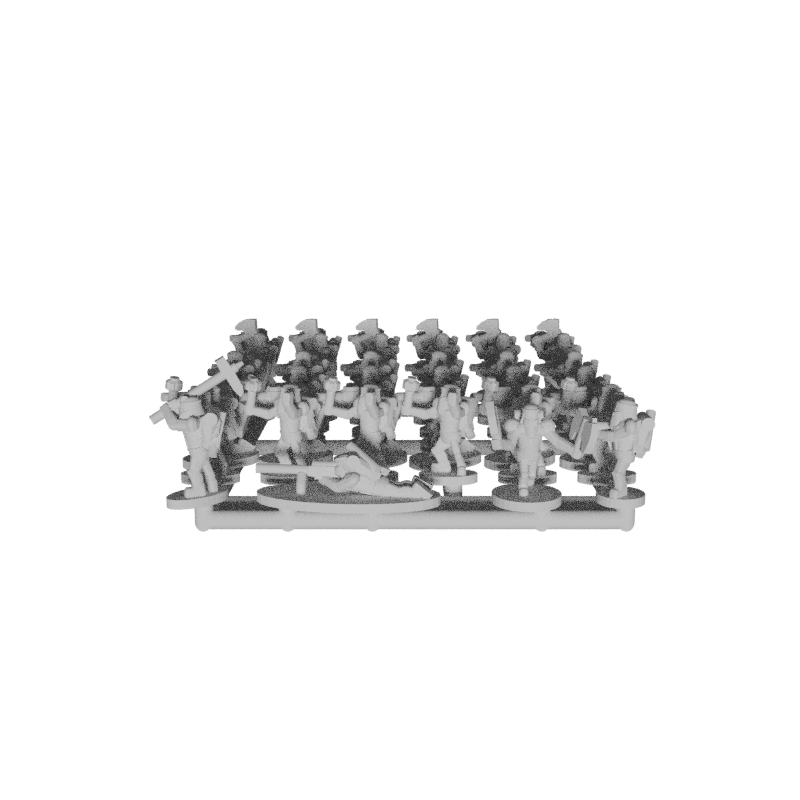 Dwarven Infantry have changed little since the Consortium, but this is not perhaps surprising. Dwarves as a people, especially under the influence of the dogma of Zirakthar, tend to subsume the individual in the collective clan. This is not to say that dwarves lack personality – far from it – but rather that the noted tendency for dwarves to have the same (or at least, very similar) personalities. In the case of the dwarves, the old stereotypes hold rather more water than with most species. This is a cultural phenomenon, but the word of Zirakthar, spread across the galaxy via the Demon Wars, has ensured that it is a very prevalent and entrenched one.

Dwarf squads are typically in sevens, that number being a racial favourite for reasons likely only known to Zirakthar.

With the rise of the Divinity, most squads are now lead by a battle cleric to provide magical support – and during the Divinity War, given remit to act as a political officer to ensure that the High Cleric’s orders were carried out.

The main weapon of the modern ground force is the Kurzad ZD-23 Rifle. A bullpup design that is well-suited for shipboard or underground confined spaces, it is a reliable and inexpensive design, albeit an unexceptional one. However, it must be noted that many dwarves would argue that their true main weapon is their trusted battle axe (or hammer, in some quarters), which has been the battlefield choice for centuries – and with the metalcraft of dwarves, some of those axes can date back that far.

All members of the squad save those carrying heavy weapons will a single Vard-Nazg GV-39 Light Anti-Armour Disposable Warhead for anti-armour and anti-heavy infantry usage.