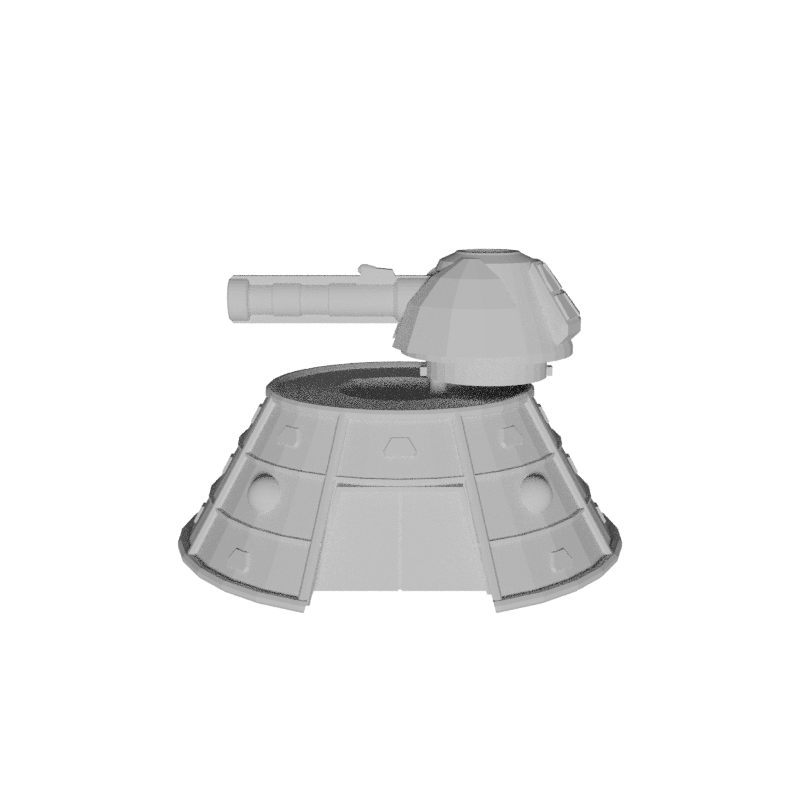 The Zirgnar defence turret is a familiar site throughout the Divinity, protecting all manner of military installations. The basic Zirgnar has not changed significantly since it was introduced nearly a century and a half ago. The armaments and internal systems have been improved and upgraded over the years, and the armour has been at times replaced and improved, but most of the emplacements are the still at heart the original emplacement first put down.
The standard armament fitted on most Zirgnar turrets is a 450mm heavy bombard with a range of six kilometres. As a fixed installation, unlike a vehicle, the Zirgnars often have a huge store of ammunition sorted in bunkers under the turret. The standard twin-autocannon turret provides cover against infantry and missile attack, though is somewhat inadequate against aircraft attack.

The Zirgnar is large enough to be equipped with a shield generator, further augmenting its considerable armour.