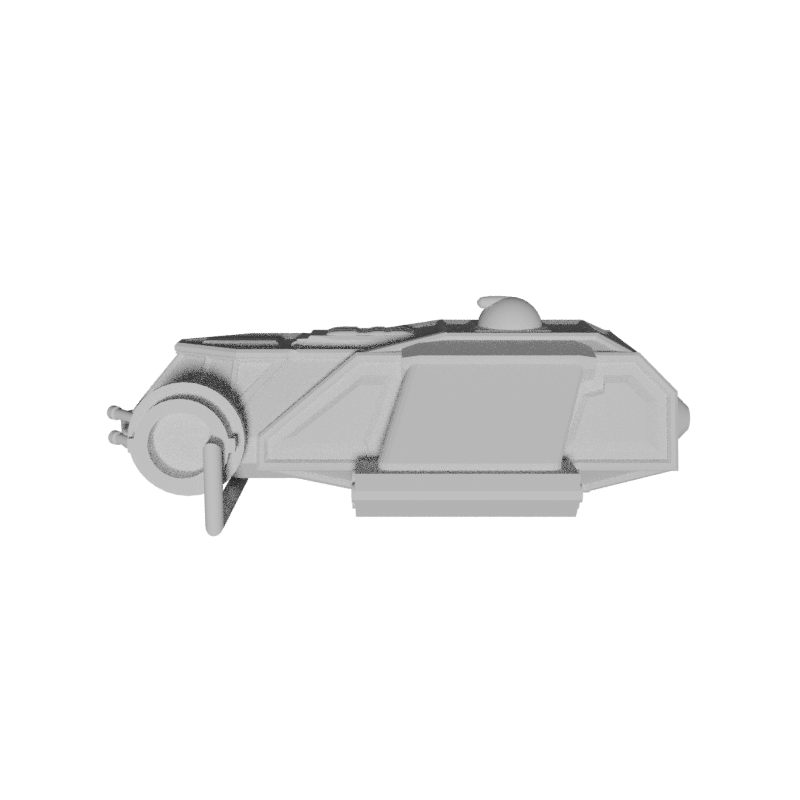 The Dor Gûn has a turbulent history. Originally conceived as a transport VTOL, the prototype proved to have insufficient power to carry the additional load of troops and the required armour and weapons.

Having already spent so much money on it, the then-Consortium mandated it be redesigned for the strike purpose alone. The remaining development history was plagued by Corporate corruption and several redesigns, none of which reached a happy medium. Under the Divinity, inertia carried the project forward just as unsuccessfully. If something was small enough to fit in, it was too heavy. If it was light enough to fit in, the vehicle’s internal structure precluded its operation.

When the Dor Gûn finally made it into the field – two decades late and vastly over-budget – it had been fitted with a shield generator and enhanced sensor and ECM system, which had been the best compromise between space and weight.

The final armament consists of a modified version of the standard twin autocannon point-defence system as a chin turret and two missile pods which had to be mounted on external hardpoints. The sixteen warheads are some of the largest carried by the ground force vehicles. However, ultimately, the Dor Gûn is over-large for what amounts to a highly-mobile missile platform and too under-gunned to be able to perform as an attack craft once the missiles are expended.