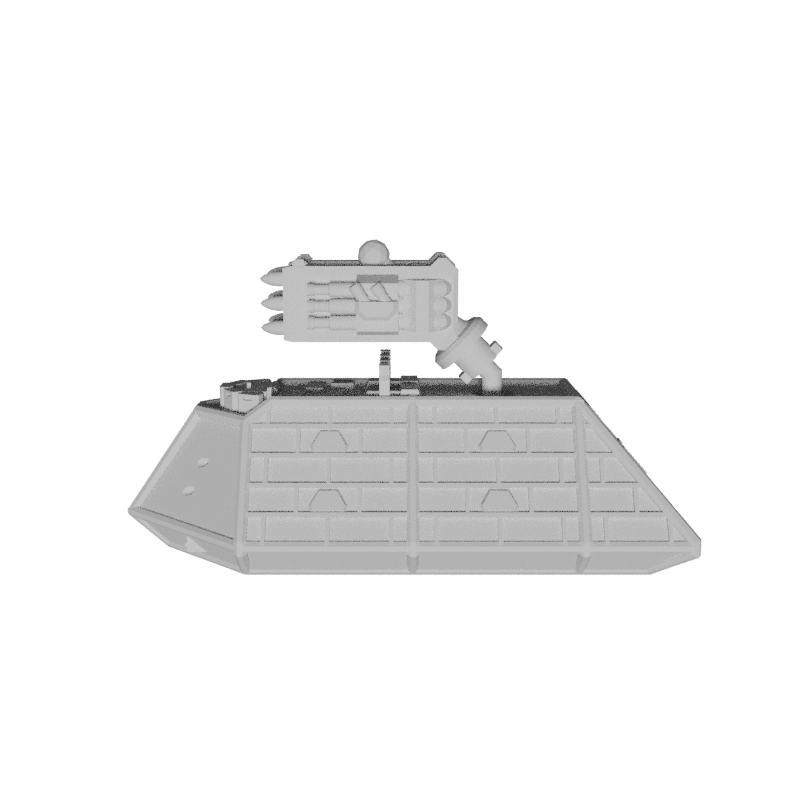 Typically only seen attached as company AA vehicle, the Khud Zarûl provides considerable protection against air and missile attack. The vehicle is equipped with an advanced sensor array and a dedicated AA targeting system.

Armament consists of sextuplet 80mm railguns, which, when firing in concert are capable of putting out a veritable wall of fire and are a significantly threat even to an MBT. This firepower is backed up by two missile racks, each carrying six lock-and-launch heavy missiles, capable of attacking air or ground targets. Finally, it carries four bow heavy machineguns.