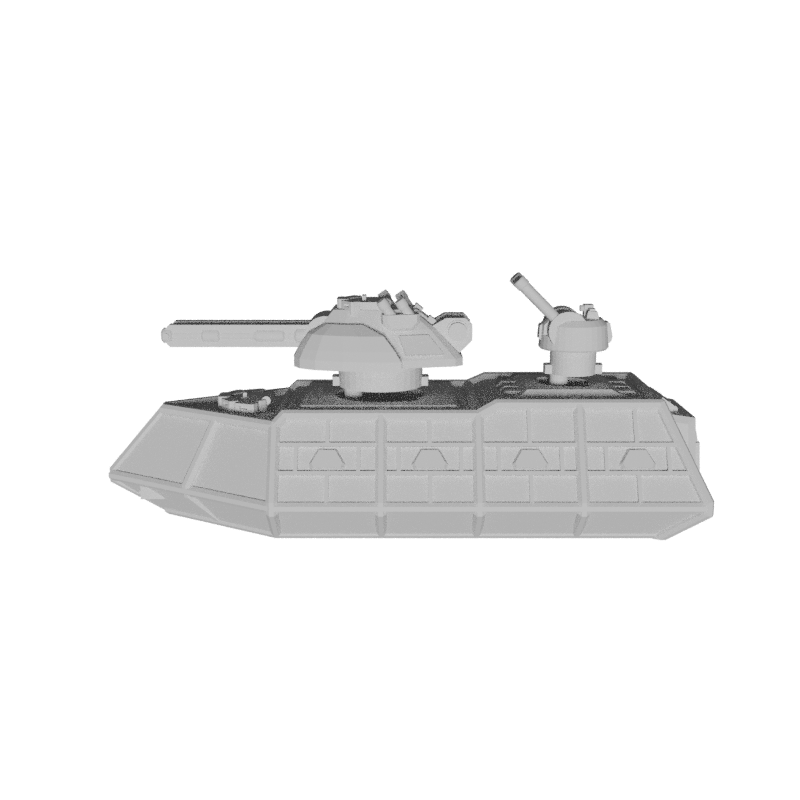 Armoured as heavily as many main battle tanks, and with an armament nearly equal, the Zangrin Battle Wagon carries only a single squad of seven troops.

It carries twin 90mm railguns and the standard twin autocannon Point-Defence turret. Unlike many of the dwarf vehicles, the Zangrin has now bow machineguns; instead it boasts firing ports for the squad, including the use of the Vard-Nazg GV-39 Light Anti-Armour Disposable Warhead carried as standard by the infantry.