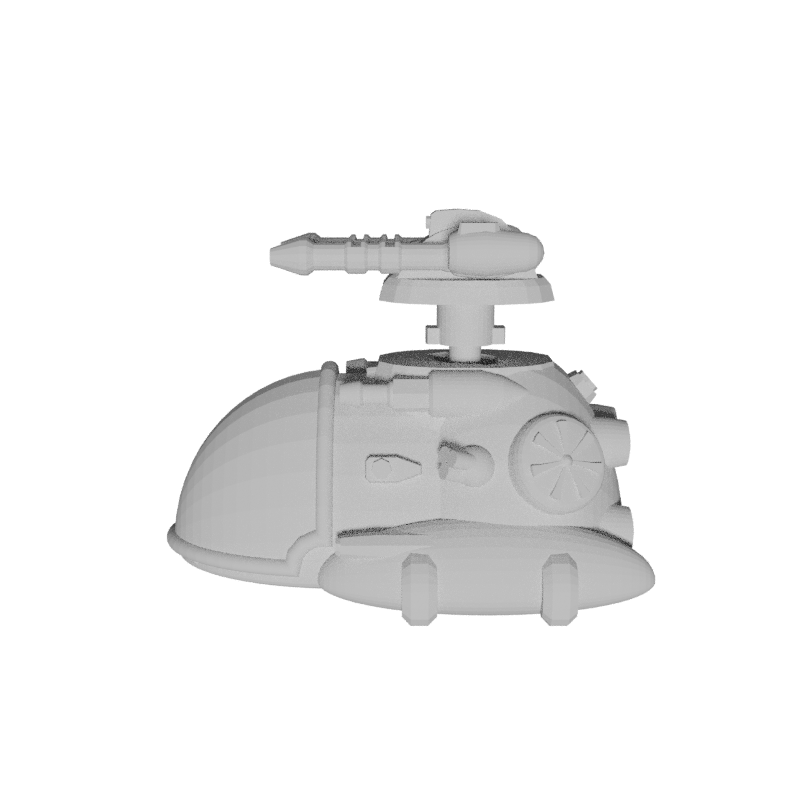 The Hell Blast variant of the Lava Spite hull is almost identical – unlike the Blistering Castigation hull modifications, the Lava Spite variants are typically confined to the type of turret mounted. (Indeed, it is possible to change the turret out of combat relatively quickly, as there are no other internal modifications to make.)

The Hell Blast turret is primarily local anti-air and anti-infantry. Aside from the ubiquitous forward lazers on the hull, it has two powerful lazer cannons, maximised for long range, at the expense of some power. These are capable of functioning as PD weapons if not actively engaging the enemy. The Hell Blast’s major punch comes from two Flaming Fist missiles mounted either side of the lazer cannons. These weapons are horrendously destructive, spelling doom for almost anything they hit. They create a sufficiently big blast that secondary targets close to the impact point are at risk. They are capable of demolishing even bunkers, and the only deficit is their penetration of shields is poor.