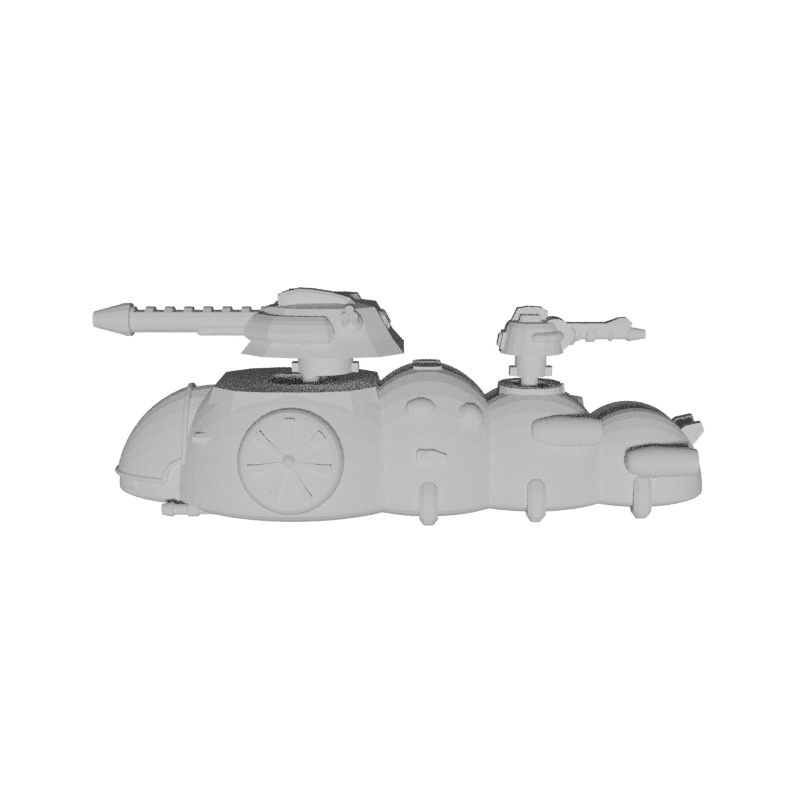 The Magma’s Ire configuration of the Blistering Castigation hull – aside from demonstrating the Strayvian tendency for overlong names – is the Dominion’s main battle tank. Considerably larger than those of most races MBTs (partly due to the larger size of the Strayvians themselves), the Magma’s Ire is extremely powerful. Heavily armoured and shielded, it, like most Strayvian vehicles, runs on an anti-grav drive. Backed up by the rear engines, this allows the tank to fly like a VTOL (albeit somewhat clumsily) enabling very fast overland transit, when required, as well as enabling pop-up attacks. It is armed with lazer (Laser Amplified with Z-Emitter aRray) weapons. The primary turret holds the main lazer cannon, while the rear turret holds a high-track point-defence/anti-infantry lazer. Underneath the armoured canopy shell are two fixed-forward lazer cannons, primarily used for when the vehicle is in flight.

They typically operate in a platoon of three tanks.