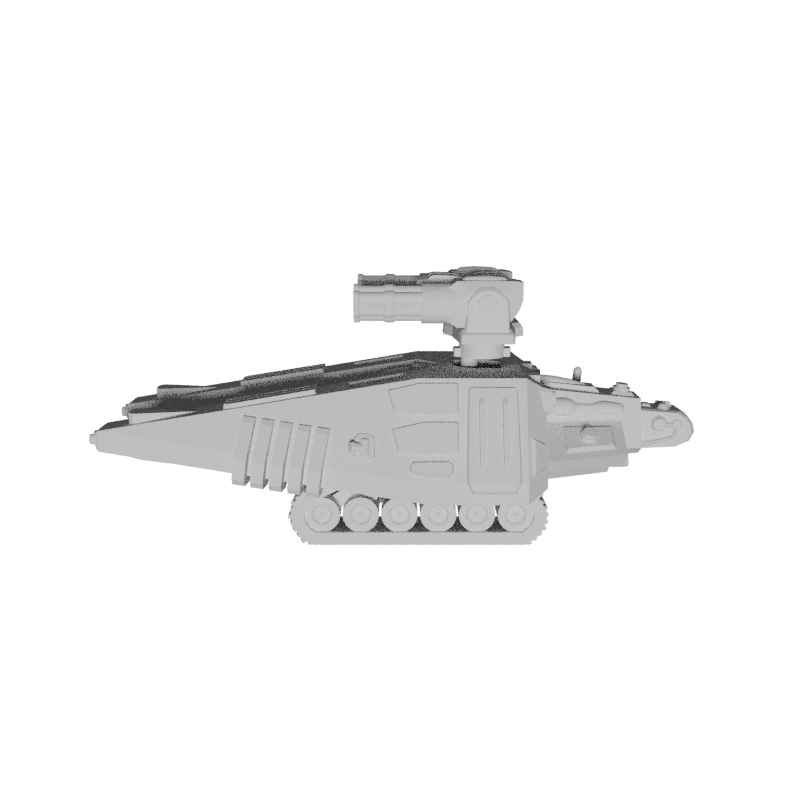 The 31RTU Tevqolath Main Battle Tank is fast and agile for a main battle tank, rivalling even some grav tanks in terms of mobility. The boosters on the underside, as on all Jalyrkieon tracked and wheeled vehicles, combined with Jalyrkieon telekinetic technology, allow it to “hop" obstacles and even make crude pop-up attacks. This is combined with surprisingly heavy armour than would be expected from such a vehicle.

Part of the reason is that the tank’s primary weapons are both fairly light in terms of both physical weight and energy consumption. The large and intimidating multi-barrel phased-plasma cannons draw significantly less energy, even at full output, than the two smaller energy torpedo launchers mounted between them. The phased-plasma weapons have relative poor penetration, but the high volume of fire means they are very effective at shield stripping.

The two energy torpedo launchers are designed for asynchronous fire. This gets around the typical problem of recharge times, since one will be charging while the other is firing. While this removes the potential one-shot “punch” of being able to fire both at once, in a ground-based environment, this is less important than being able to make sustained fire.

Finally, the Tevqolath has a graviton crusher array for anti-missile defence, designed to catch, re-direct and/or crush incoming missiles.