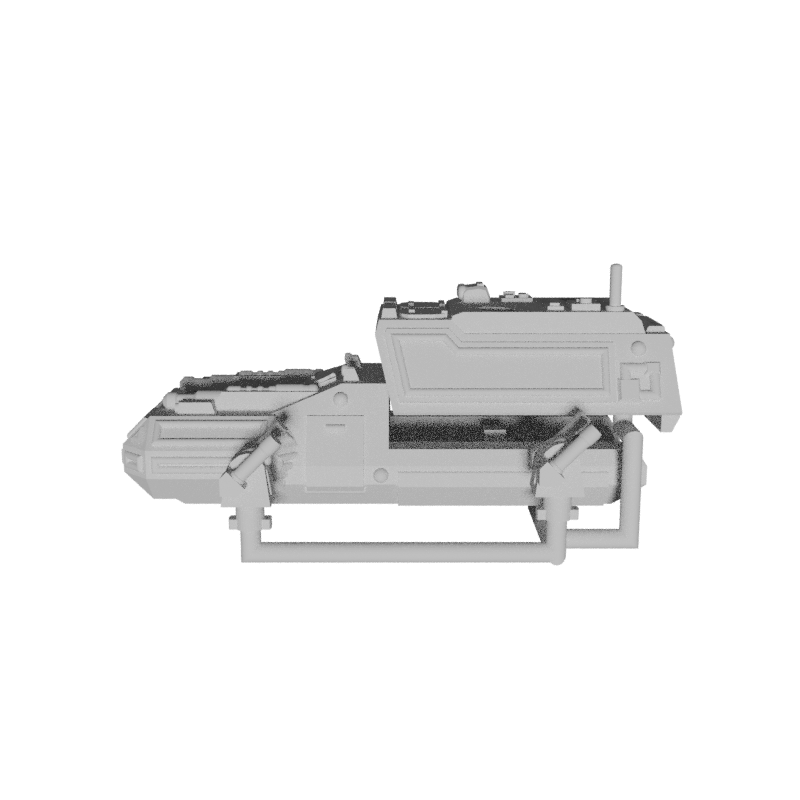 The Turma's second module is the Command Vehicle variant. This version has two point-defence turrets and considerable additional shields in addition to its command suite. A supplementary power core also provide some additional energy, allowing the command variant to exceed the Turma’s normal top speed in short bursts, all the better to protect the vitally important (and highly-self-motivated) Herosine commanders...