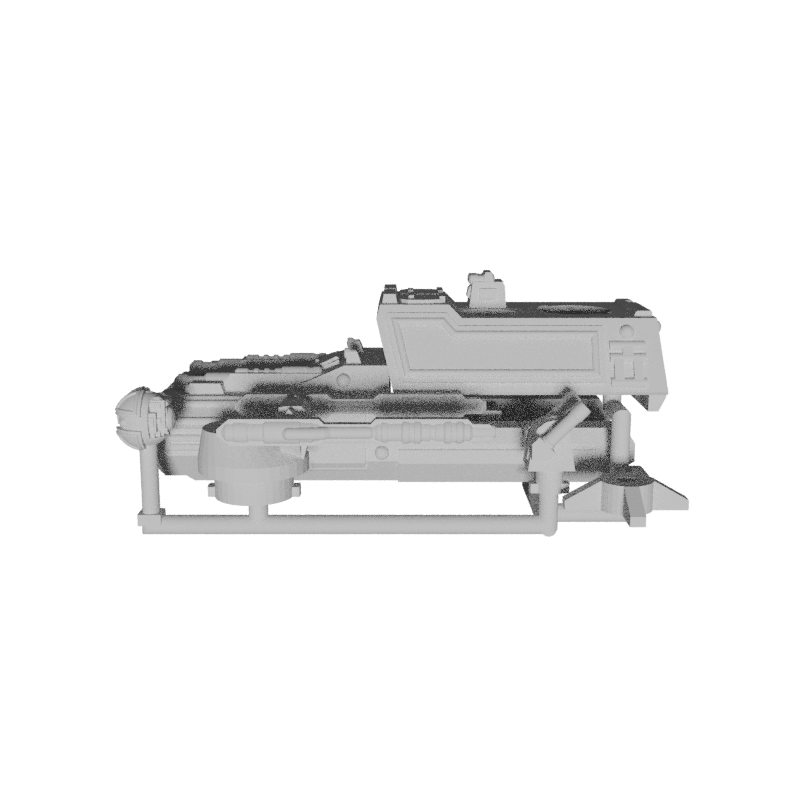 The slotted depression is design to accomadate a Psiloi Orb Scout (from the Hersoine Droid Platoon or Pailoi group) when the droid squad is bused up. This version of the model comes with a single Psiloi. (This version is intended for use only if an attendant Droid platoon is *not* being used.)

The TU-I/MRV Turma Multirole Vehicle is being steadily introduced to the Herosine Imperial Army. The Turma is built with the latest Herosine technology, taking many of the ideas field-tested on the Eques and expanding on them. Like the Eques, it has modular components and nano-replicators. However, the limitations of the technology in re-structuring (or at least re-structuring quickly) required the Herosines to – for the moment – abandon their plan of a fully reconfiguring vehicle and settle for a more conventional modular one.

The Herosine Empire currently has four module configurations in the field.

The first is the APC module. This sports an enlarged module suitable for carrying a squad of infantry. The module also has a socket for the Psiloi Gravitic Orb Scout (both droid and the rare organic infantry squads typically have one Psiloi attached to them). There the Psiloi can dock under the safety of the Turma’s shield, recharge, and gain some limited repairs from the socket’s nano-replicators. The Psiloi is able to link its sensors directly to the Turma, giving the Turma essentially a second set of sensors while the Psiloi is docked. The APC variant carries a high-track turret with two disruptor cannons and a standard lazer point-defence turret.