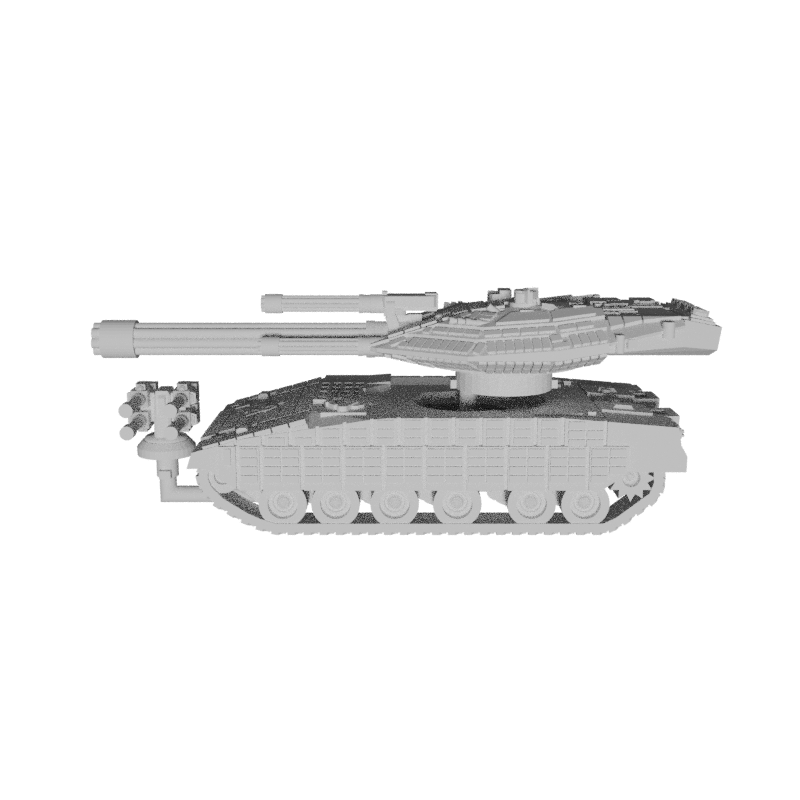 Rather than opting to mount a larger weapon, the GT instead elected to design for maximum fire output instead. The Merkava’s main gun was replaced with the same 60mm gatling cannon mounted on the Hyena. This is supplemented by the addition of the same 20mm gatling used on the GT Scorpion, in place of where the Merkava mounted its machine guns. The pintle was replaced with the GT’s standard automated quad autocannon. The mortar has been retained, but the Grand Marauder typically deploys a lighter version of the Scud Mortar’s toxin rounds, rather than typical high explosives,

The GT improved the Merkava’s already respectable armour by the straightforward addition of ERA blocks.

However, as typical for the GT’s design philosophy and total lack of safety features, once the armour s penetrated the Grand Marauder’s excess ammunition to detonate – and in addition to the usual problem scatter the toxin over the immediate area as well. Crew death in such in instance i