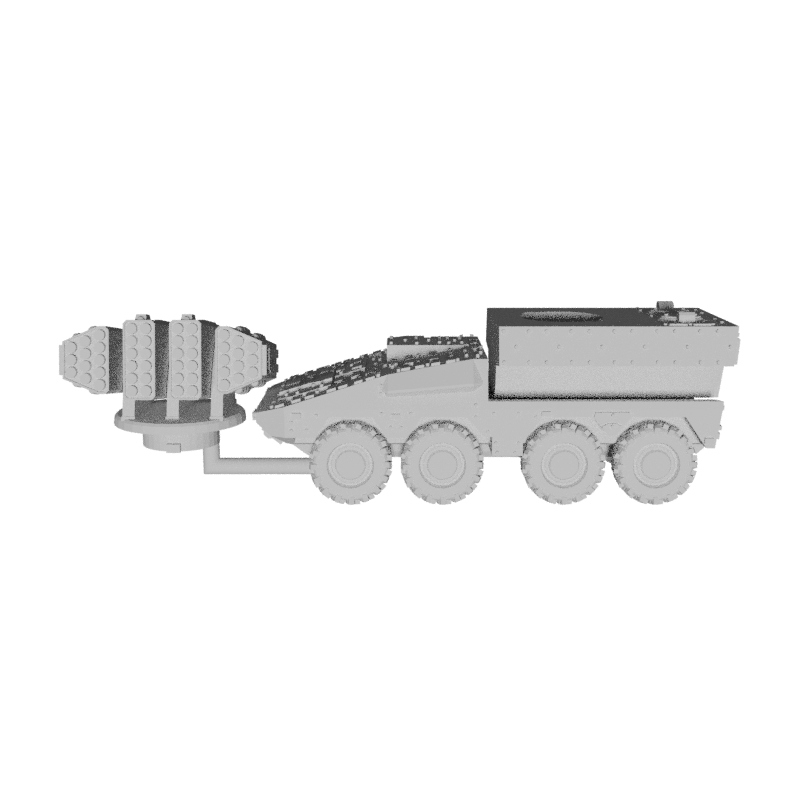 The Rocket Boxer provides GT forces with missile support. Like much of the GT’s missile arsenal, it relies on large numbers semi-guided rocket warheads to compensate for the lack of advanced guidance systems. The Rocket Boxer base chassis that the missile module is emplaced on appears to be from several sources, most commonly the Boxer 7 through to the most modern Boxer 9 hulls; many of these appear to have been acquired from the open market or surplus, but almost half appear to be a GT-produced version of the Boxer 8E. The missile module itself appears to also be based on the Boxer 8E’s modules, but entirely produced in-house by the GT.

The Rocket Boxer’s four rocket pods each contain 40 missiles, giving it enough ammunition to function for an extended period of time. It has, however, no other weapons and only the most basic of ECM systems for self-protection, making it vulnerable to missile attack itself. On the other hand, without a direct feed to the rest of the vehicle to unsafely store excessive munitions and the use of a more typically inert-until-fired warhead and fuel, the Rocket Boxer is also less inclined to explode violently when struck like many of the other GT vehicles.

The GT use the Rocket Boxer as a fast attack vehicle – notably, less modern version of the chassis tend to stay as support for other units, while the more modern chassis – with correspondingly better engines – performing the flanking role.