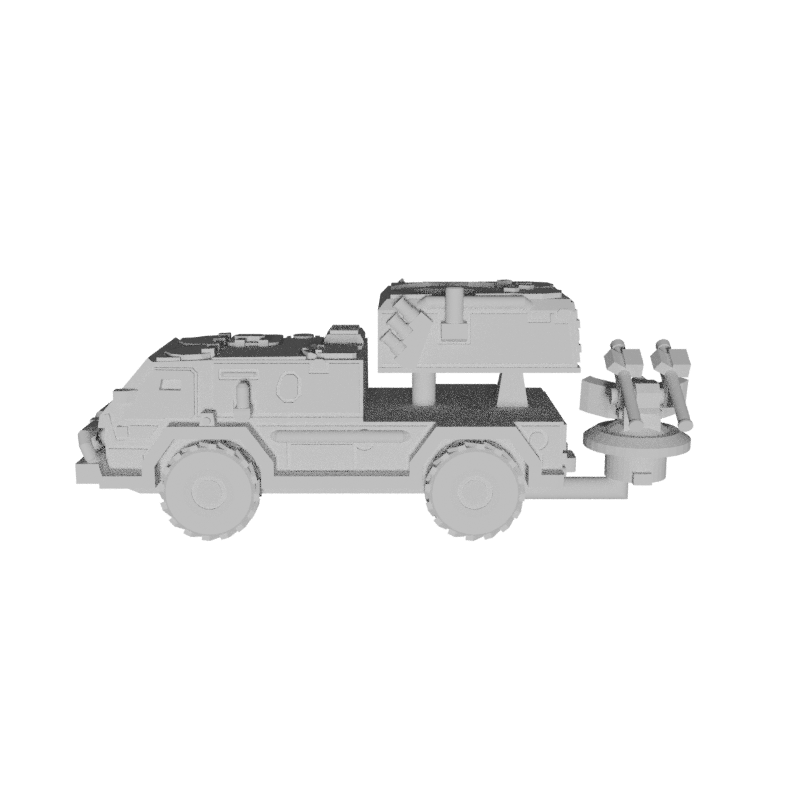 The Sensor Van’s rear module is specialised for command and control duties, fitted with all the latest GT CNC technology, including a table, a cupboard for the models and sometimes even a working datapad.

The Sensor Van’s turret consists of a sensor dish, behind which are mounted a pair of remote-controlled FIM-292 Stinger Multirole Missile Launchers. The launchers are reloaded by the advanced method of opening the two rear hatches and climbing out (usually the least senior of the command staff is assigned this job).

Despite its relative crudity, the Sensor Van is nevertheless adequate to the task of leading a GT raiding force – though usually this mostly consists of pointing the army in the general direction of the enemy and ordering a charge.