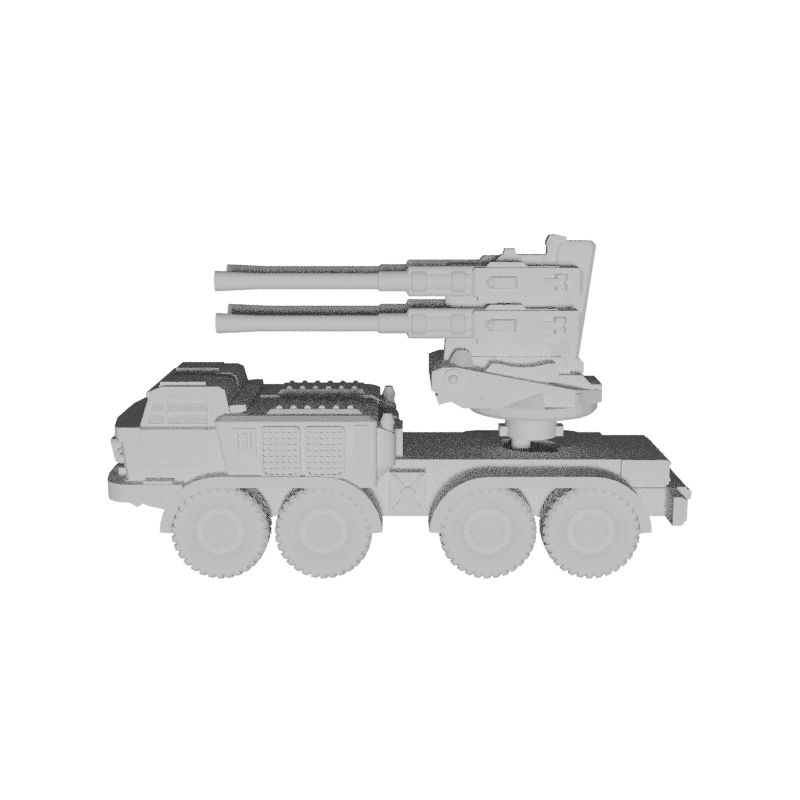 The GLA’s Air Superiority Platform – ASP – is based on the hull of an shortened, eight-wheel version of ZIL-1135 truck. The GLA have added additional armour plating internally and an improved engine. The truck carries a set of four rapid-fire 188mm cannons. Like the famous ’88 anti-air craft cannons of ancient times, the ASP’s quad cannons are equally effective on both flying targets and ground-based armour, and have exceptional range and rate of fire which can be sustained for a remarkably long time.

As with the Hyena, the ASP’s main flaw is the excess of ammunition stored within it, with volatile propellant and almost no safety features. The relatively light armour does little to protect the ASP from enemy fire. An ASP is rarely seen alone, however, and in numbers, it can overwhelm even main battle tanks with sheer volume of fire before they can all be destroyed.