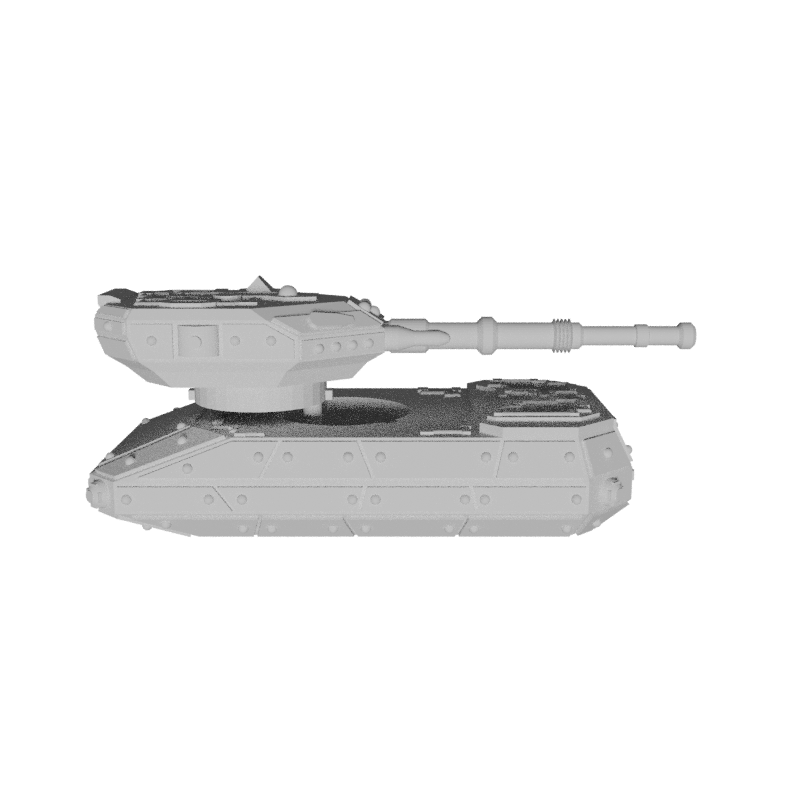 The most common Cybertank configuration encountered, the Resistor I configuration is the archetypal Cybertank. The Resistor I is a low-grav vehicle, not capable of true flight. It is armed with a “natural” technology particle laser cannon, rated at Tier 21 with an effective range of six kilometres (Cybertank racial inaccuracy notwithstanding).

Modern Resistor Is have an omnidirectional point-defence array mounted on the top left of the turret. This is a “constructed” technology modification. While the Resistors have always had a similar PD mount, the “natural” technology version was approximately half the strength, power and accuracy.

The contemporary Resistor I also has “constructed” technology shielding, with a Penetration Resistance of 60% and a Barrier Strength of 36. The primary emitters are spherical nodules, dispersed across the Cybertank’s armour plates. This significantly increases its protection. However, beneath the shields, the Resistor’s armour is below that of a typical contemporary MBT, topping out at Tier 17 energy resistance and Tier 16 impact resistance. A penetrating hit or a strike to the unshielded hull will usually kill the Cybertank. Unlike a vehicle with the same armour and shields, the Cybertank has organs and systems beneath the armour.

On each side of the turret, there is a smoke discharger. This is a “natural” technology which launches a semi-guided shell. In theory, this would give the Cybertanks considerable fine control of their smoke screens, but in practise the aforementioned Cybertank accuracy comes into play. The shells can be regrown by the Cybertanks (if they have sufficient matter or repair fuel) within about half an hour and each launcher hold six shells.