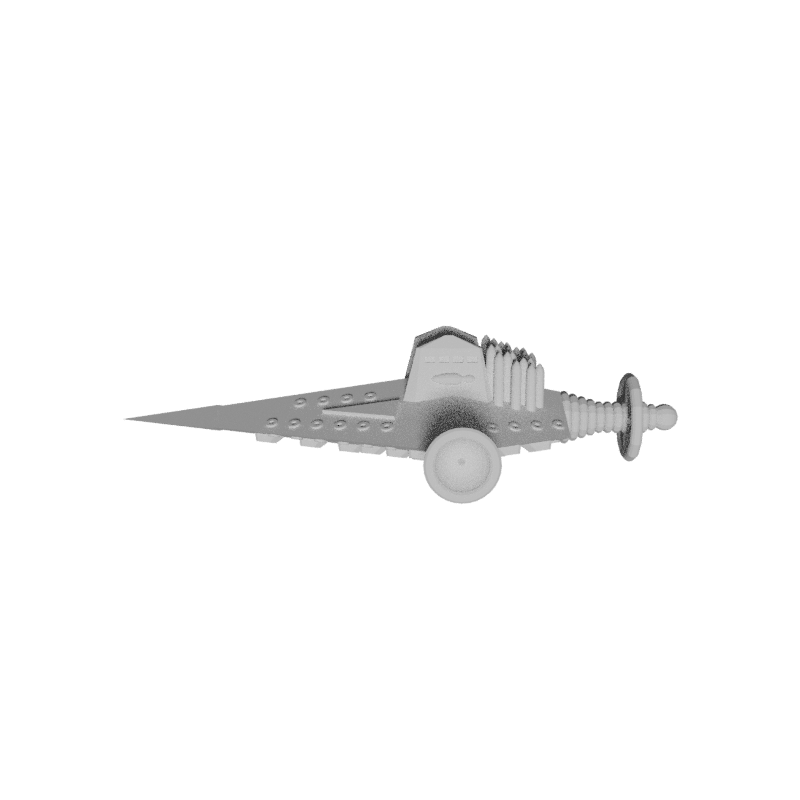 One of the specialist cruisers of the fleet, the Shadruech is immediately distinctive due to the enormous sensor dishes on the port and starboard arrays. The vessel mounts the pinnacle of Jalyrkieon sensor technology; the largest and most powerful sensor array they have ever built. The two dishes, while typically pointed out to port and starboard, can in fact be extended on telescopic poles, and then can be rotated to face any direction, to further enhance their power and resolution.

The Shadruech also is equipped with an extensive ECM array, which in concert with the sensor and communicator emitters makes it a jamming vessel par excellence.

Unlike smaller vessels in the same role, which tend to be escort ships or light cruisers, the Shadruech is large enough to mount a full array of weapons. Indeed, aside from the lack of energy torpedo tubes, the Shadruech is as heavily armed as the Venlix, and better protected to boot.