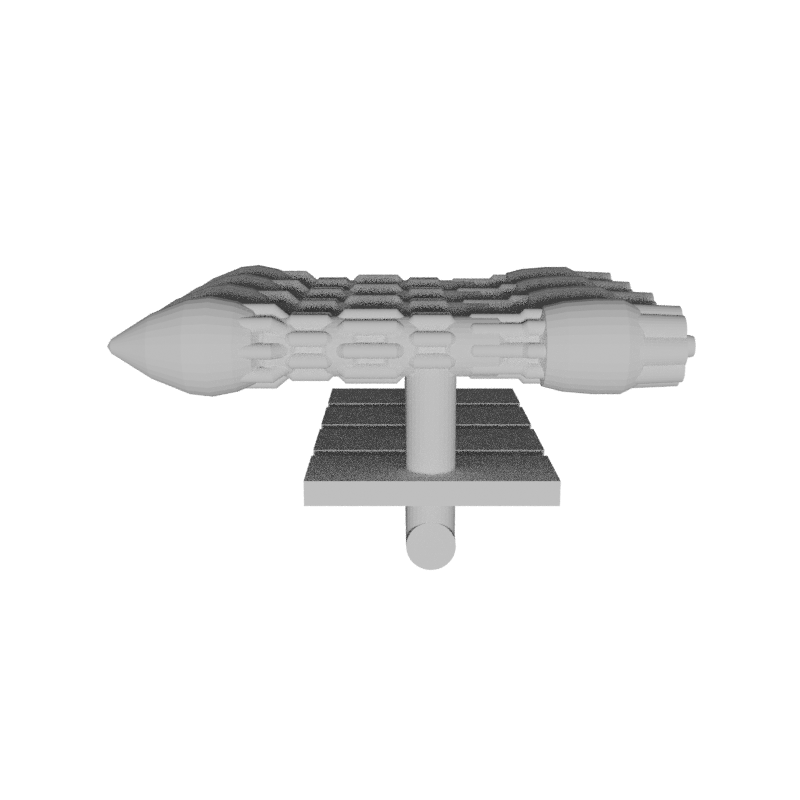 The Suicide Stellar Missile is an intersystem capital missile. The Suicide was never intended to function as part of a fleet, though it is fully automated and technically meets the qualifications (and capability) to function as a capital starship. Should a need arise (perhaps for a specific target at long-range), the Suicide can travel with a fleet until the point it can be deployed to attack.

While a few of such designs have been created over the generations by the Aotrs, the Suicide was the most prevalent. The Suicide is the oldest unit operational in the Aotrs fleet, dating back to the early 8th generation in design. During the age of the supercruiser, the Suicide enjoyed a brief period where targets were potentially plentiful, and a considerable stock of them was created. They saw only occasional use, however, and their principal prey, supercruisers, waned in time. Aotrs doctrine rarely calls for the deployment of apocalyptic weapons (not least for the dangers of rousing the galactic community that that would bring), so the Suicides have been tacitly mothballed. The number that remains made decommissioning them not practical, and their warhead technology is now dated compared to the Aotrs’ current technology, so there would be little to recycle in any case. Given the rarity of the use of such weapons, no new design was seen as necessary, so the Suicides that remain are still kept in operational status in the various shipyards. When the stocks become sufficiently depleted, an upgraded version could be developed and manufactured relatively quickly, but given the low rate of expenditure, the Suicides will be waiting in their moorings for many years to come.