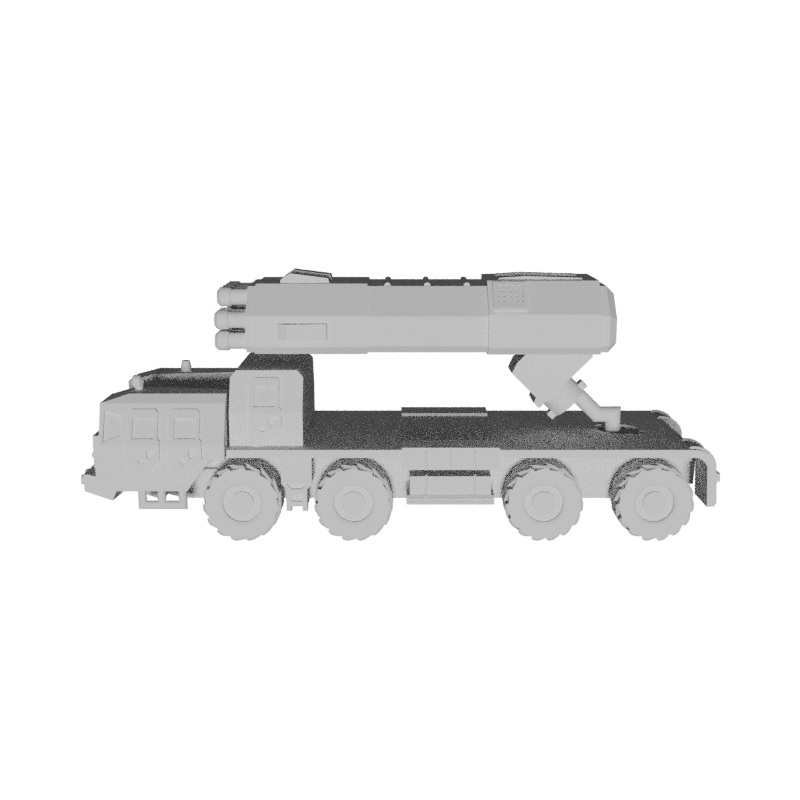 The Scud Mortar is the GLA’s primary artillery and fire-support vehicle. The hull appears to be a GLA-produced design based around the MAZ- series of hulls, but not, unlike many GLA vehicles, a modification of any particular one.

The Scud Mortar is a twelve-barrel mortar system, with each mortar having four rounds. The payload in one of the shells is a cocktail of acids, metal-eating nanites and lethal biological agents capable of dissolving and chewing through metal, stone and organic materials with equal efficacy. Full human exposure results in the victim dissolving into a puddle in seconds, with all their gear; the less-fortunate can take several agonising minutes to die before a combination of the acids, poisons and nanites kills them. It even effectively damages shields, even while just running off after a splashing hit.

This “toxin” as it is typically referred to, can remain at full effect for ten to fifteen minutes before the potency reduces (and that is because some of the components actively dissolve each other). Complete immersion in liquid or sub-zero temperatures will wash off or freezes the toxin – though in the latter case, it can causes severe environmental damage to the body of water before it denatures completely. The toxin is also rather explosively inflammable, so while burning it off will clear a vehicle of it, the explosion can be almost as destructive.

The Scud Mortar is not designed to withstand fire, being resistant only to infantry weapons. A penetrating hit to the turret can be devastating, as it can not only set off the entire remaining store of shells, but scatter the blast all over the surrounding area, coating the vehicle’s surroundings with toxin, frequently simultaneously setting it alight.