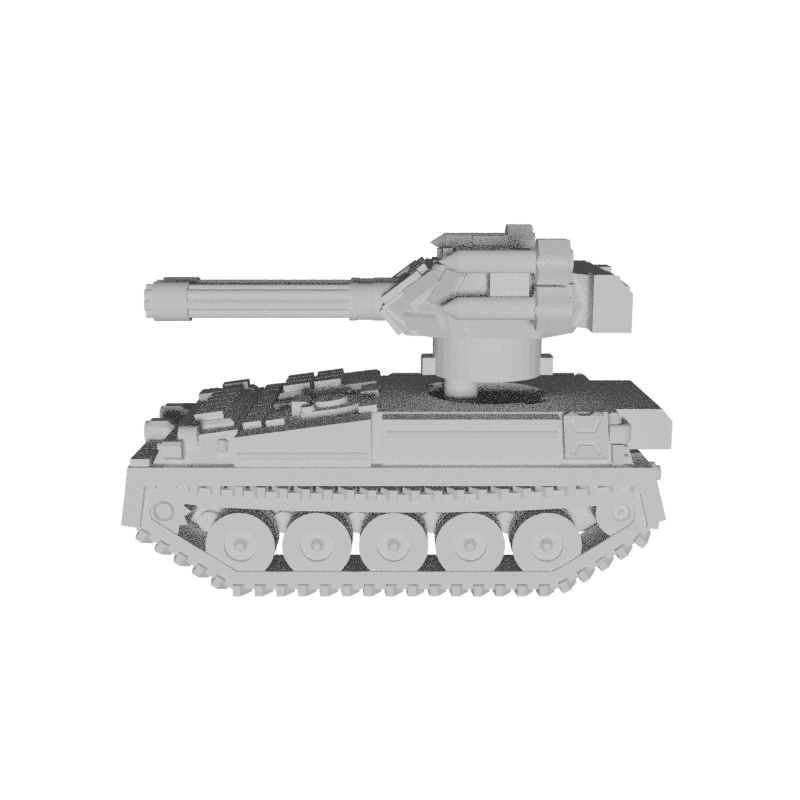 The GT’s Scorpion light tank is a modification of the export version of the modern version of the CVR (TT) hulls. As typical with the GT, the precise origins of the hulls remain a mystery, since no tracked purchases lead back to the GT. It is assumed that the hulls are predominantly from the Scorpion variants, though given the near-identical structure of the FV107Y Scimitar, it is possible some GT Scorpions may have come from Scimitars.

While the Scorpion Light Tank is capable of functioning in the CVR(T)’s original reconnaissance role due to it being one of the very few GT vehicles with sensors, it is more commonly used as a light combat vehicle.

The turret shows the most extensive modification, replacing the main armament with two 20mm gatlng cannons. This gives the Scorpion excellent range and anti-infantry capability, but makes it a poor choice to attack armour without a long-sustained burst – making it a poorer choice for the massed-charge frontal assaults the GT are fond of. (If perhaps a better one than the unfortunates assigned to the ubiquitous Technicals.)

To compensate for this, the GT added four AT-3V Sagger missile racks. The AT-3V Sagger is somewhat outdated, having been, in service across the galaxy for half a century since the 2390s. However, the large and readily available black market surplus means it is an ideal choice for the GT to add some extra firepower. While an individual Sagger is only of a minor threat to a modern MBT from the front, a horde of Scorpions firing four simultaneously is a threat to almost any ground vehicle.

Like many of the GT vehicles, the Scorpion’s principal drawback is the excessive, volatile ammunition stored inside it – meaning that even with its additional armour, it is in many ways more vulnerable to a penetrating hit than the vehicles on which it is based.