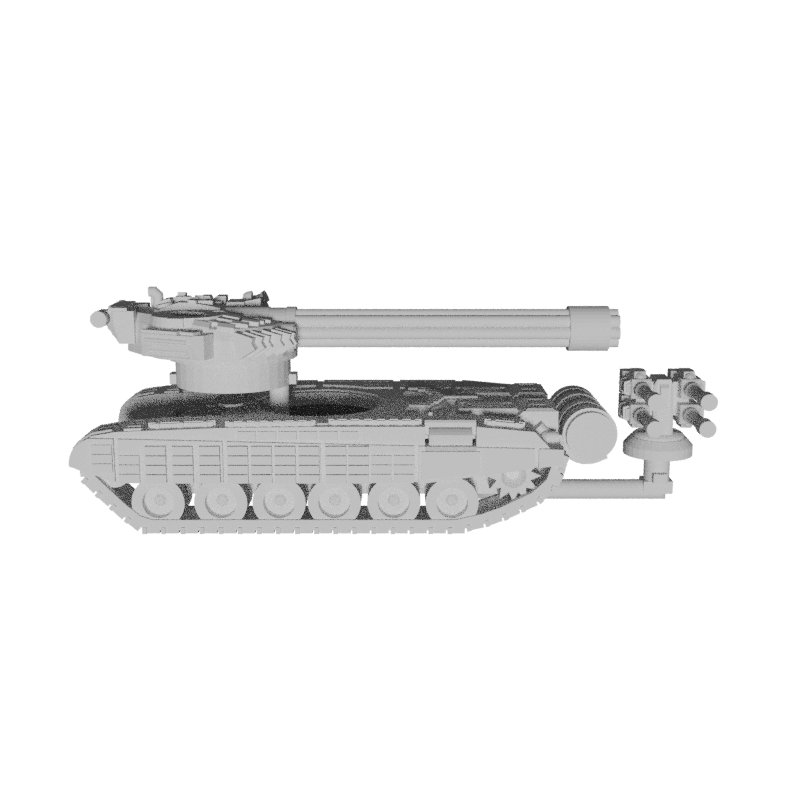 The T-132 Hyena is a modification of the T-132A main battle tank found in large numbers across the galaxy. The GLA have upgraded the engine, replacing the entire engine compartment with a more modern power-plant. The single largest change is the removal of the old gun and the modification of the turret to accommodate the massive 60mm seven-barrel Gatling cannon. This weapon has an enormous rate of fire, and can chew through even heavy armour with a long sustained burst. The cupola pintle machine-gun has been replaced entirely with an automated quad autocannon system for point-defence and anti-infantry operations. Both systems use the GLA’s own unique technology and are thus more efficient than might be expected, despite being robust.

The T-132’s armour is outdated, and while the GLA have merely added explosive reactive armour blocks to give it some resistance, it remains fragile compared to most modern main battle tanks. However, it is rarely seen in anything but large numbers, often a company where one would expect to see a platoon.

The Hyena can sustain a withering hail for fire for some time, but this comes at an expense. The GLA have stripped out almost all the safety features, and the crew sit cramped uncomfortably, surrounded by volatile GLA munitions, In fact, despite the larger power plant, the Hyena is so laden with ammunition, its top speed is little better than the stock T-132. This means that almost any penetrating hit will cause the Hyena’s ammunition will cook off and destroying the vehicle in a thunderous explosion. The poorly-trained crew’s tendency to forget to drop off the rear fuel tanks during actual combat does not help this problem.