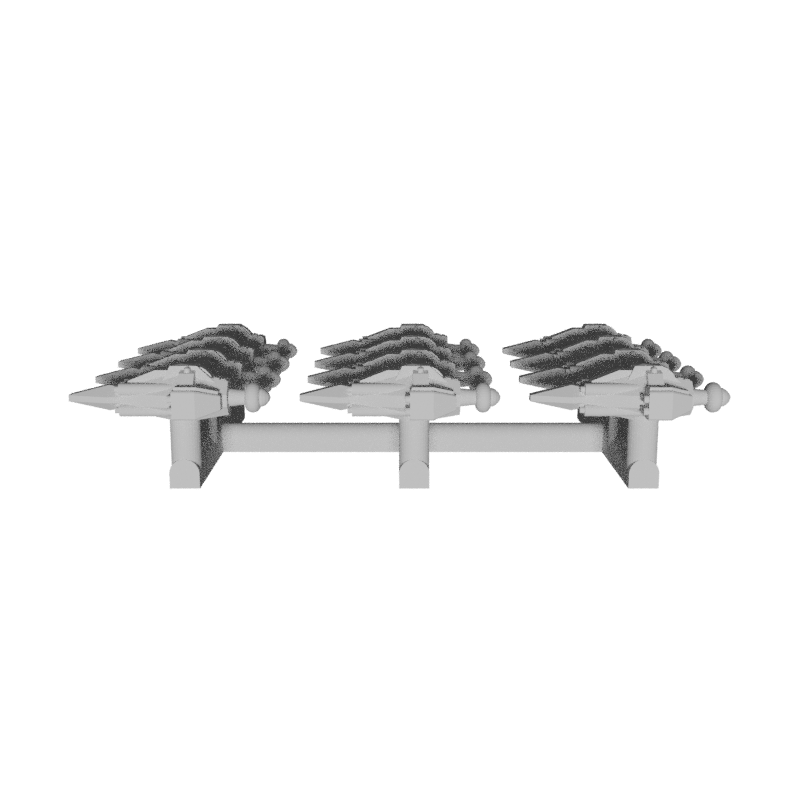 The Ikimar Fighter is the replacement for the older 61RYO Zedarvoc which served up until the end of the last war against the Vivrathk. The Zedarvoc hulls had ceased production and were reaching the end of their useful life. Several prototypes were examined but only the 61RYD and the Ikimar reached as far as testing. The Ikimar out-performed the 61RYD in almost all aspects, only lagging behind in combat endurance and only by a small margin.

Defensively, the Ikimar has light armour and moderate shields. It has above average speed and manoeuvrability, which give it a strong edge in a dogfight, particular against the more heavily armed Vivrathk Fire Plague fighters. The reliance on lock-and-launch missiles as opposed to torpedoes typically means that the Ikimar is more likely to run out of munitions after a single engagement, however.