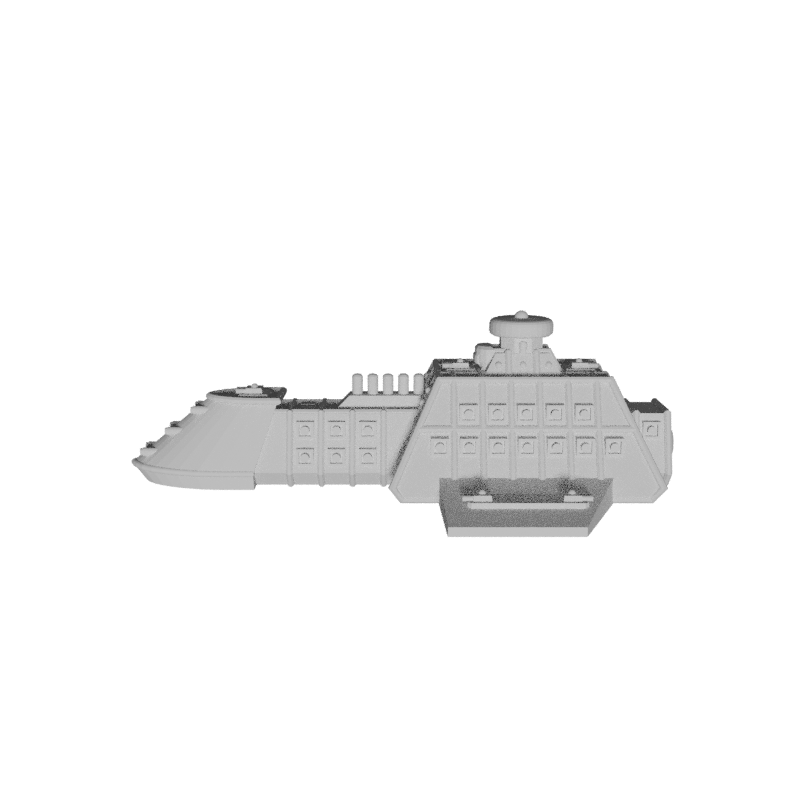 Following the end of the Divinity War in late 2341, the dwarven leader Dâgorn Runeforger called for an accelerated development program to replaces losses incurred. Notably, the old Gloin Heavy Cruisers had performed only adequately, and newer cruiser of the current generation was needed.

The Orin Stonebreaker entered service in early 2343. Slightly smaller than the Gloin, the Orin Stonebreaker carried the same shielding and engine output. It added another 33% point defence systems over the Gloin, but it most dramatically varied in the armament. Both the Gloin’s railguns and missile tubes were completely removed. Instead, twice the number of plasma batteries were installed. This gives the Orin Stonebreaker a massive close-range punch, but at the loss of any long-range firepower. This decision, however, was partly mandated by the speed at which the cruiser needed to be put into production. The design turnaround was greatly reduced by the low number of emplacement types required. The result is a ship that is extremely capable ship of the line, but perforce needs to operate with escorts. While the typically heavy shields and armour make it a hard target to kill, the Orin Stonebreaker has neither the range or the speed to deal with long-range sniping attacks.