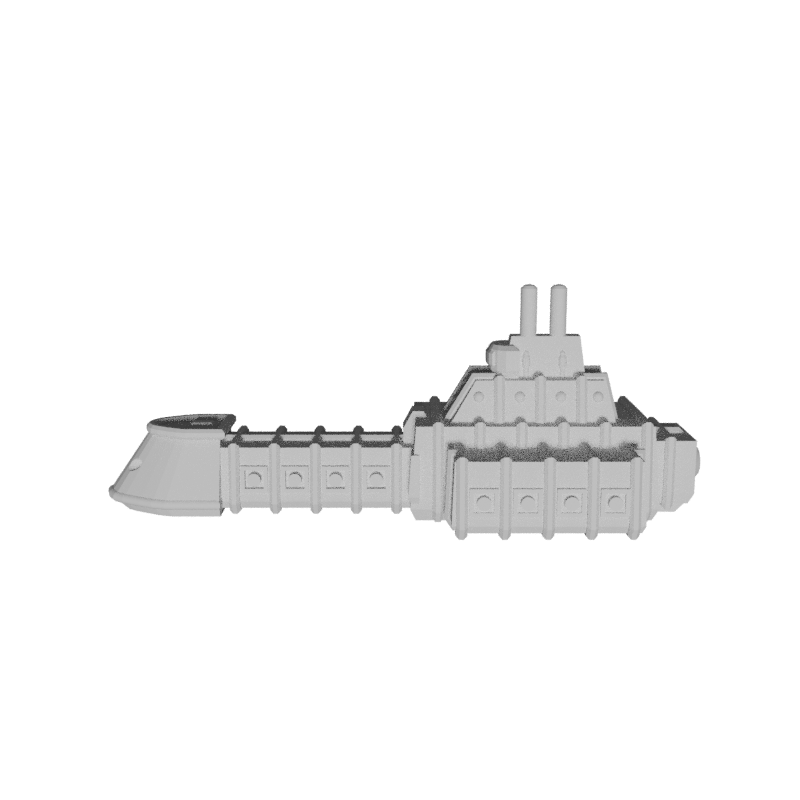 The Thangrim was the first design of the newest generation of Zirakthargûm vessels to be built. The last time new vessels had been designed, it had been during the last days of the alliance with the Royal Elven Kingdoms and the joint project that gave rise to the Zirakthargûm Thorin-Class Dreadnought and its sister design, the Elven Albatross Dreadnought. For decades, the Consortium, staying out of external galactic affairs, had relied on small numbers of big ship like dreadnoughts, supplemented by a few escorts.

As the Zirakthargûm Consortium finally gave way to the Zirakthargûm Divinity, the High Clerics embarked on a new ship-building program. As the escort designs were coming to the end of their useful lives, the High Clerics took the opportunity to replace them and to focus on refitting the dreadnoughts and larger vessels, and building a new fleet of vessels that would allow the Divinity to extend its power over more area and take a more aggressive role should it be needed

The Thangrim Medium Cruiser (which despite its name is as large as many heavy cruisers) is something of a halfway house between the old and new philosophies. Very heavily protected by shields are armour, it carries a large number of plasma batteries mounted in the broadsides, but like the older vessels, relies on a twin missile launcher to provide cover to the blind spots.