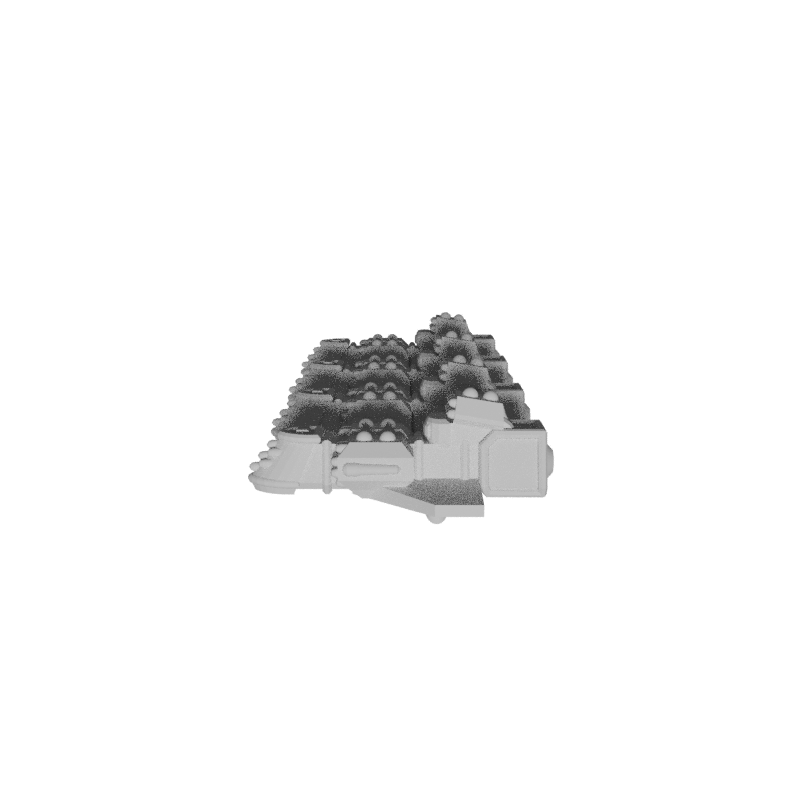 The Kaz Modan Missile Frigate fills a variety of roles. It became apparent that the older heavy Dwarven vessel’s missile launchers were not sufficient in number to be effective when deployed in smaller numbers. To supplement the missile capability, the Kaz Modan was developed. Initial designs called for it to be a missile cruiser. However, this was rejected in favour of a frigate version; a missile cruiser would carry about the same amount of weaponry as several frigates, and would be more protected than a frigate individually, but it also provided a much more tempting target for concentrated fire. A missile frigate could be deployed more efficiently (for when the firepower of a cruiser might be wasted) and while individually weaker, as a group was harder to concentrate fire upon.

The Kaz Modan serves as both a supplementary escort for the older, aging vessels like the old Thorin Dreadnought and to act as independently, supporting the newer escort groups, such as the Khazâd Destroyers.

The Kaz Modan is armed with a quartet of missile rack systems. The more vulnerable racks were chosen over the missile launchers to keep the costs of the vessel down and overall survivability higher. (A vessel denuded of its missile racks would retreat, whereas one with a deeper-embedded launcher would be more likely to fight until destruction.) It can even become a dedicated escort vessel if the standard missile armament is replaced by point-defence missiles. Otherwise, the Kaz Modan carries only two point-defence autocannon arrays.