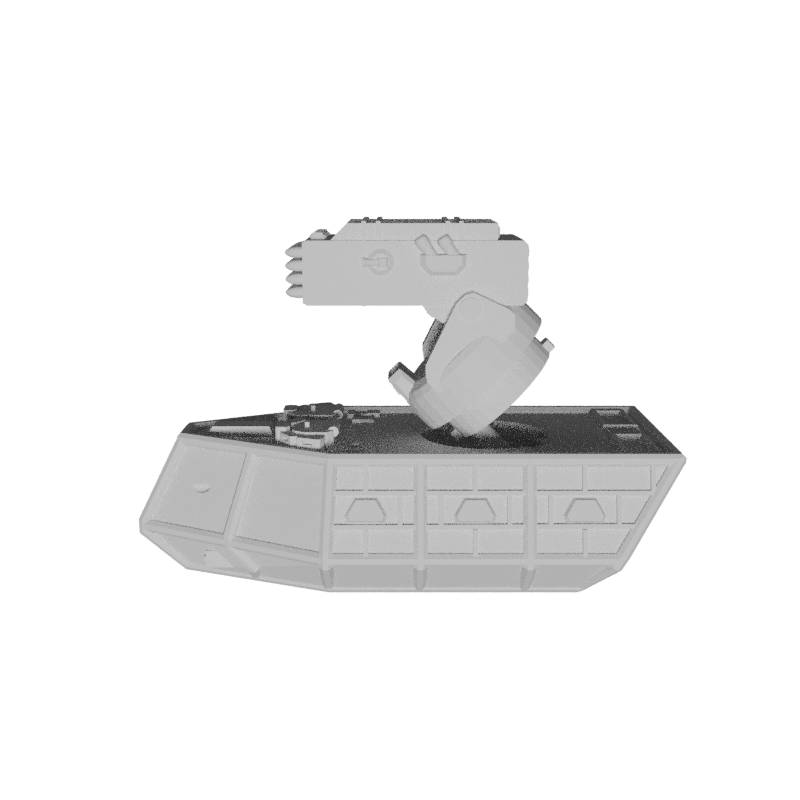 The Nash Rak provides the Zirakthargûm ground army with the majority of its missile support. While lighter armoured than many of the other ground vehicles, it can be safely situated out of line of fire with other vehicles like the Van Gar or Bane Gorr spot for it.

The Nash Rak’s primary armament consists of a semi-guided rocket pod with 48 rockets, topped with a quad heavy missile rack with a total of eight missiles. It eschews the typical PD autocannon turret, and instead has a pair of smaller automated machine-gun turrets for point-defence. The weapons load is rounded out by pair of twin bow heavy machineguns.