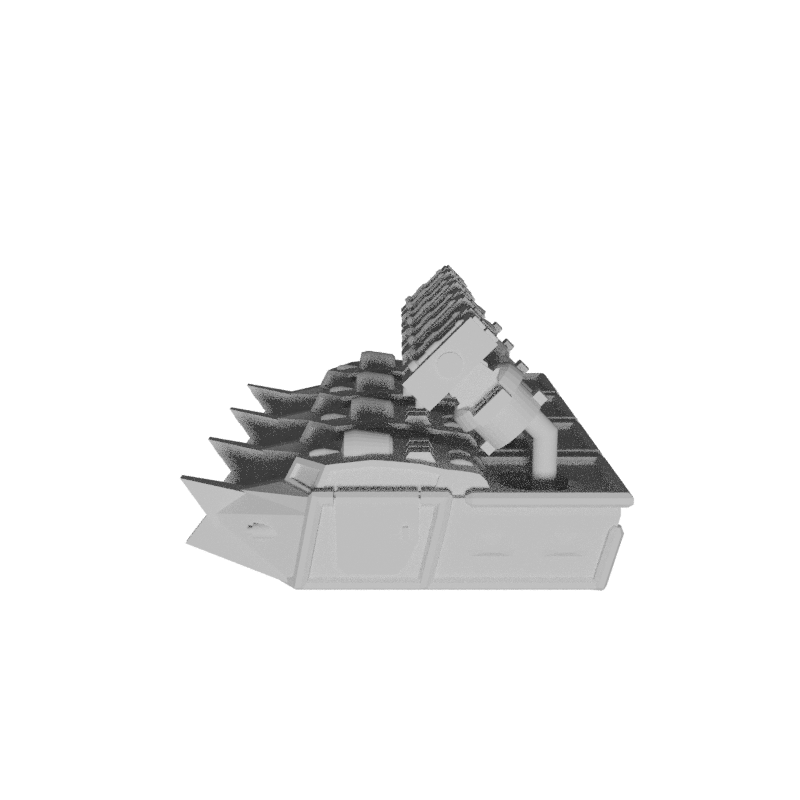 The Van Gar Scout Vehicle is the Zirakthargûm’s primary reconnaissance vehicle. Faster than any of the other low-grav vehicles, and full speed on clear terrain, it can give the Dor Gûn Attack VTOL a run for its money; though the occasions where the Van Gar is actually in a position to do so is rather more limited.

The Van Gar is, perforce, only lightly armoured, if still more armoured than many similar vehicles. In keeping with its role, it sports and improved sensor array. It has two bow autocannons, which give it a surprising punch, though to be able to use them, it often must expose itself where its armour is a shortcoming.

The Van Gar has two variant turrets. The first is armed only with the standard twin-autocannon point-defence turret and functions almost exclusively as a spotter and scout. The second disposes of the PD defence for quad missile pods with 16 reloads under armour.

A full platoon often has a 2:1 mix of PD to missile versions, deployed in groups of three, with the two regular versions spotting for and providing PD cover for the missile vehicle.