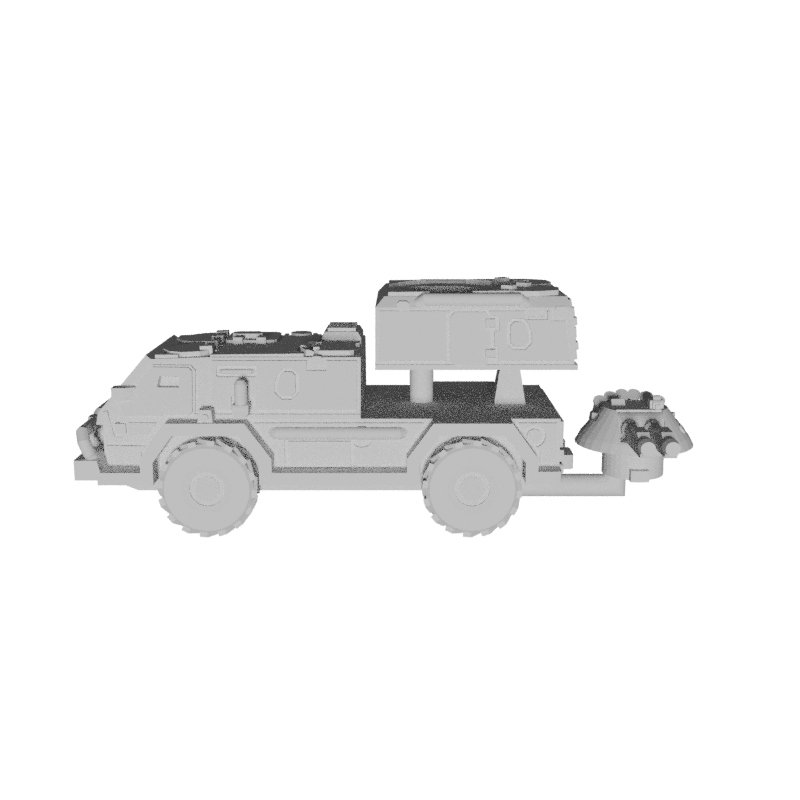 Transport of GT troops to the field comes in an assortment of vehicles, from some of the larger technicals to a handful of heavy APCs. By far the most common, however, is the Battle Wagon. Capable of carrying a full squad of ten troopers, the Battle Wagon is a GAZ-99671 chassis supplemented with additional armour plate. The vehicle remains largely otherwise as it stock version, right down to the turret-mounted twin laser cannons. Unusually having a purely energy weapon load-out, it makes the Battle Wagon one of the few GT vehicles not inclined to explore on the least penetrating hit. This perhaps is pure practicality - lack of safety precautions aside, even the GT appeared to realise that stuffing a vehicle full of ammunition surrounding the occupants would make it unable to function when said occupants need to get in and out.

The armour plating does not significantly improve the Battle Wagon’s survivability (the lack of ammunition explosions has more of an effect), and while it does lower the vehicle’s top speed a little and increases its fuel consumption, these often have little effect on the vehicle’s typical performance. The armour does, however, give the Battle Wagon a little more resistance to GTncing hits than a stock Vodnik, something that does factor in given the GT preference for wave attacks and near-suicidal (and often actually suicidal) attack patterns.