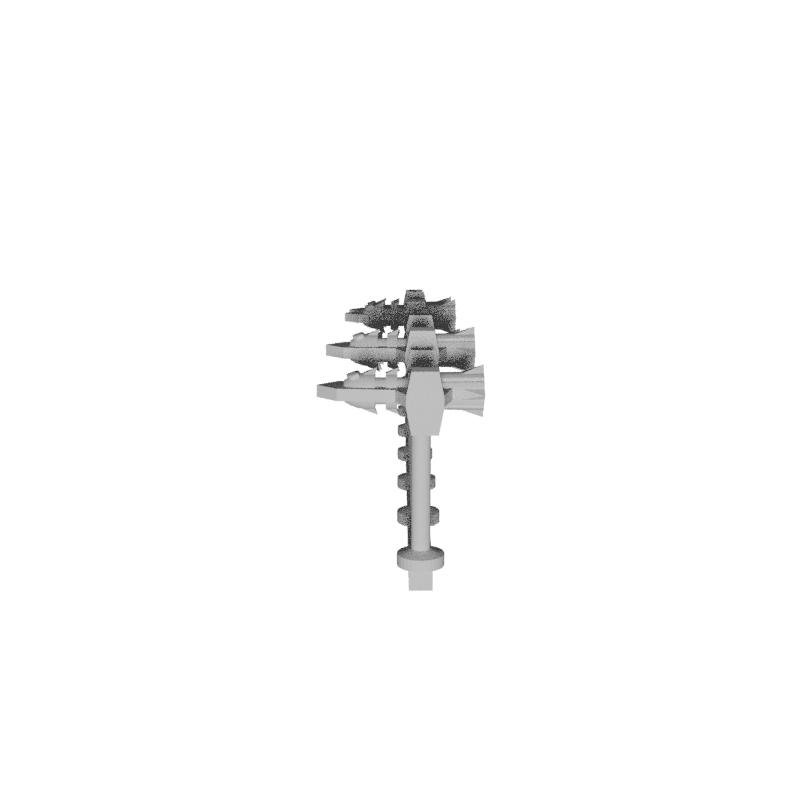 Sentry Drones are aerial recon drones, developed shortly after the Hunter Drones. While using drones for reconnaissance (and even limited combat utility) dates back to the Information Age, in the modern era, remote units are combatively easy to jam (or worse, hack) and sensor ranges have rendered much of that niche moot. However, the success of the Hunter Drone suggested that there was a place for a stripped-down, lower cost version for long-distance tactical reconnaissance or for target designation.
Sentry Drones have no weapons or shields and considered completely disposable in the same way a warhead might be (though the Aotrs will still attempt to recover them if possible). They are faster than Hunter Drones and have a dedicated ground-facing sensor suite in addition to the other sensors, making them an ideal unit for spotting enemy positions or exploring an unknown area. They are equipped with a variety of stealth devices to lower its signature (though to keep the costs low, none of these are especially powerful). They are most often used, however, in their capacity of provided targeting locks for missiles for indirect fire.
Sentry Drones have inbuilt mag-clamps, which allows them to be carried by almost any vehicle, and launched when required and their low weight has a minimal effect on vehicle endurance. It has become common practise for Reign of Anger units to attach one each to the top of the missile tubes.