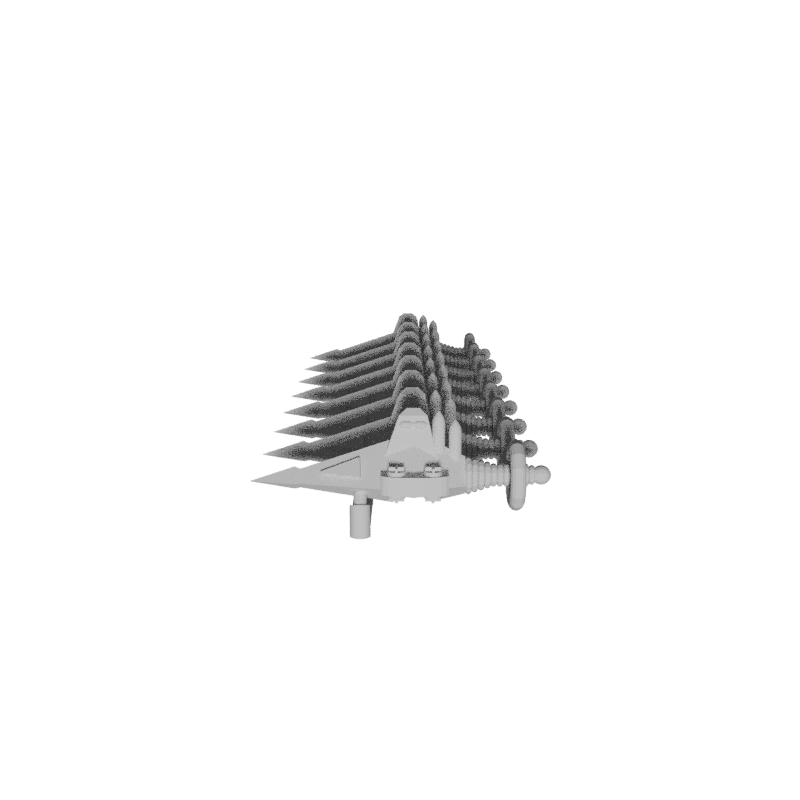 The Phoze Missile Patrol Cutters are the smallest combat starships in current use. As is standard practise, they are specialist vessels, armed only with missile tubes and point-defence weapons. The missile tubes are mounted in typical Jalyrkieon fashion, with vertical launch with ventral and dorsal apertures. Usually, most often seen in groups of four to eight, they are typically accompanied by Idattri destroyers, or as part of a typical Venlix attack formation.

Phoze MPCs are sometimes used in the point-defence role when equipped with appropriate warheads, though this is typically something of a stopgap measure.