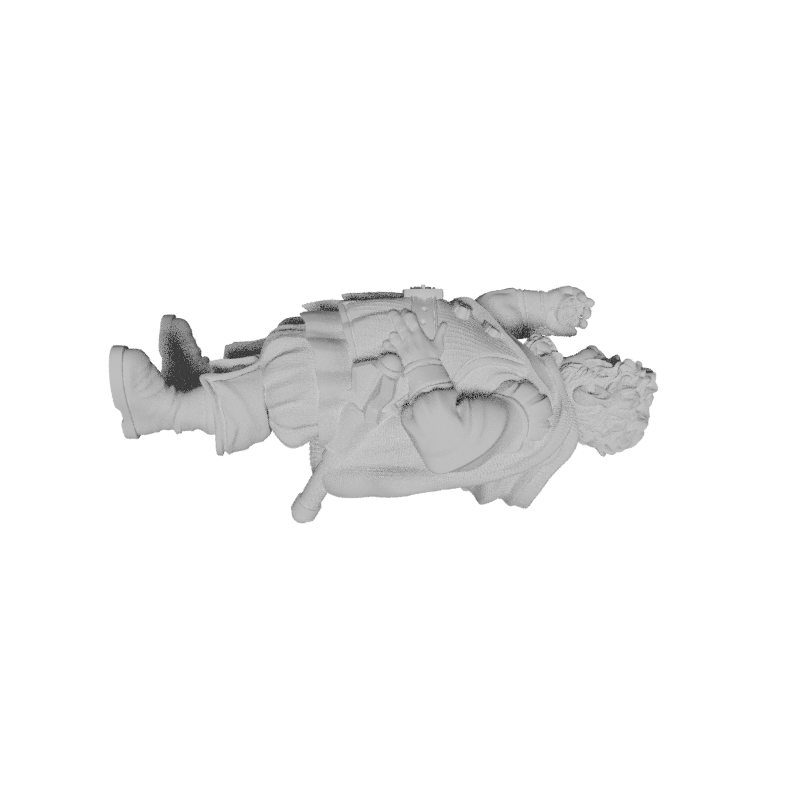 Sergi gained the nickname "Rumbletummy" from his friend Booner the Dwarf because he was always either hungry or eating! his whole life seemed to revolve around his next meal! His proudest possession is his enchanted Ruby pendant which. He lost 2 fingers when he was kidnapped by a hired assassin who was attempting to obtain his pendant on behalf of his employer who was the previous owner of the pendant!