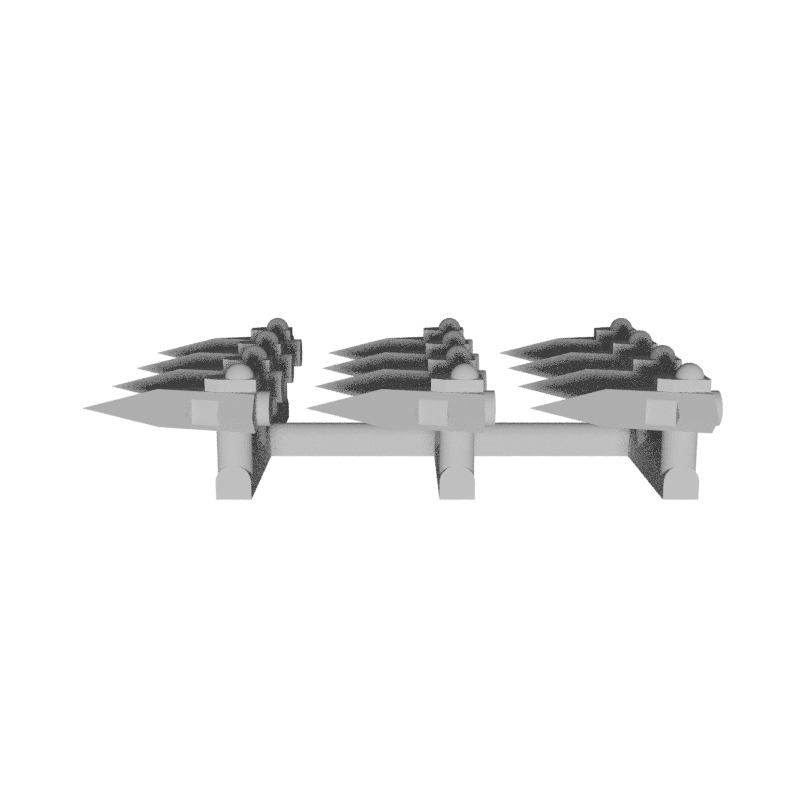 General Design's Delta series Assault Shuttles are commonly seen on the market. One of, if not the most, cheapest armed shuttles available, the Delta series' usual customisability sees the Assault Shuttle used by everyone from merchants to adventurers to military forces.

While marketed as an assault shuttle, the Delta Assault Shuttle in reality more of large armed shuttle. Less than half the size of even the smaller typical assault shuttles, it is only suitable for carrying infantry or very small vehicles. It is only marginally larger than a glorified space-going APC. In theory, the assault shuttle can carry two around two companies of infantry, albeit only counting combat troops and with limited supplies. This is very much a manufacturer’s spec and is primarily considering boarding teams, rather than ground combat troops. Filling it to capacity even with infantry transport is a squeeze, and for carrying ground troops into combat, it can practically only manage half that.

With 30mc acceleration and 345 MEUs, the Delta assault shuttle is a little below average in manoeuvrability. Its defences are also slim; 60 TXq-rated fighter-grade shields are light and the armour is only a paper-thin 10TXq. The vessel is little better in terms of offense. Four 19 TXq lazer cannons are mounted in the nose. There is a top turret with twin 20TXq lazer cannons for limited point-defence.

The Herosine Imperial Fleet modifies the stock Delta assault shuttle into the Galba Assault Shuttle (G/Asl). The turreted lazer is removed entirely. It is replaced with a pair of 30TXq-yield light torpedo tubes, each with four torpedoes. The shielding is doubled to 120 TXq, which grants the Galba much better defence and strike ability, if at the expense of missile defence.

A secondary modification, the Galba-H, cuts the troop capacity in half, but adds in a hyperdrive and expands the torpedo magazine to eight torpedoes per launcher. A very common modification made to the stock version follows similar lines, but rather than magazine space has additional shield generators, taking the shields to 100TXq dispersion.