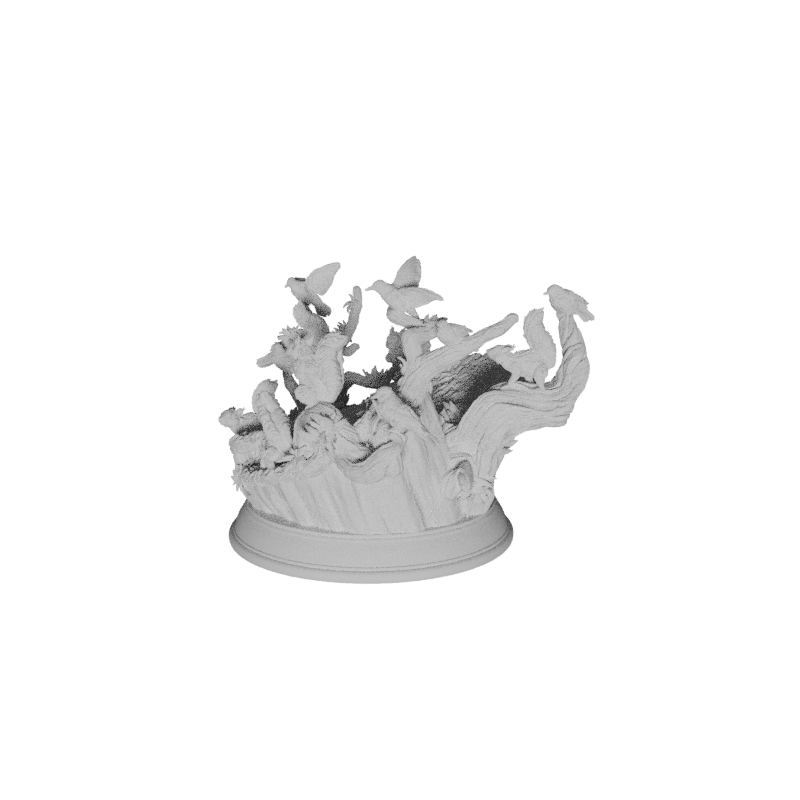 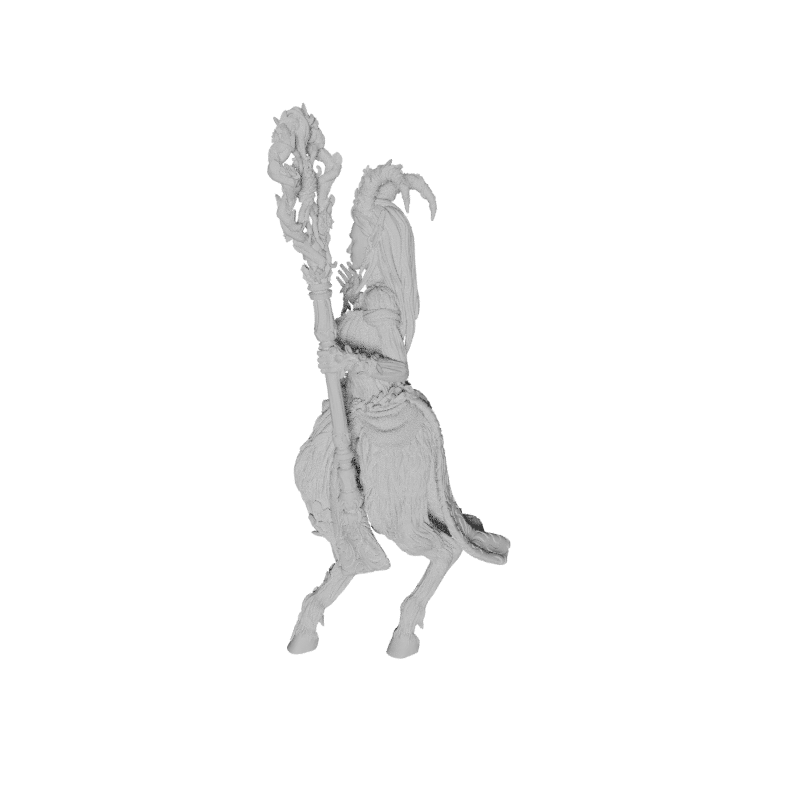 The third child of Tharador, Renmaeth is the custodian of his body, the continent of Tharador. In the Age of Creation she shaped the mountains, tended the forests, sanded the beaches and made the land beautiful. When her sister Cedhelieth brought life to the first Elves, she passed knowledge onto them to continue work in her stead, giving them love for the land. Always in form to them she appeared as a faun, never wishing to reveal her divine nature in the earliest days. Now though the guise has fallen many ages ago, she still keeps this form, feeling more at nature within it.


The third child of Tharador. While her elder brother Tharanais took lessons with her father and her sister Cedhelieth designed the life to inhabit his lands, Renmaeth designed the beauty of the lands. From the mountains that swept across the continent to the basins, lakes, beaches and forests. All the beauty of Tharador was of her design. Where before it was a featureless plain, she left it a splendid scape.


When Cedhelieth and Tharanais first gave life and knowledge to the first Elven Kind to walk upon Minera, Renmaeth provided them guidance in much of her own knowledge as well. Tending and growing beautiful gardens became a favoured past time of these first basic and primitive elves, visited by Renmaeth in the guise of a faun which she preferred over her divine form. Under her tutelage they became great lovers of her craft and she became further involved with their society as it grew and developed, eventually becoming one of two mentors to its leaders: the Dindar. Tharanais’ teachings were often contrasting with hers: where she taught respect and love for her creations, her eldest brother taught how to seize them for their benefit, teaching them of woodcraft, metallurgy and stoneworking.


When Mindoriel waged war on Tharador and its people, Renmaeth provided aid in teaching her followers, now known as Druids, to become forces of battle and defenders of their people instead of the gardeners they had once been. Tharanais taught his own followers how to become battlemages and soldiers. When the flames of war settled for a time, an ideological split tore the first Elven Kind apart. Tharanais’ followers left their homeland to travel north to found the Triarchy of Leacianus. Renmaeth’s who still held a love of nature stayed, some remaining to heal the forests destroyed by war but many leaving west to found the city of Elen Estel.


But even there the works of Tharanais had delved too deep in their minds, and their new city was founded of stone and reaped the land and forests nearby to build and fortify. It left great sadness in Renmaeth’s heart, though still she held her best to repair the bonds between the broken kin and restore each of their loves for nature.


When Tharador fell into slumber from exhaustion during the Goliath War, Renmaeth saw to it that his body would stay alive even as it withered. She split her soul into five equal parts, planting four of them to become the Great Trees (or Pillars) that would hold Tharador alive. With the final part of her soul she too fell into a slumber and she dreamt of Tharador for every moment. What she dreamt weaved and mixed with the Great Trees, eventually becoming the Fey World: a mirror of Tharador’s nature that is connected through it by the Great Trees, the mountain Farlena and Renmaeth’s own body and soul. She now wanders her dreamscape, ignorant of the world that it now mirrors and stubborn against any forces that have tried to wake her up since she began to sleep. She is too entranced in the unmarred land she sits in, and even if she were to awaken there is little chance she would not want to return to sleep again.


Renmaeth is worshiped as a goddess of nature in all its forms. Dwarves worship her for she molded them magnificent mountains and hills, Drow worship her for the deep caves and swamps she carved that they now reside in and of course druids hold her most loved for she is the founder of their order and the one thing that maintains life in Tharador through her sacrifice.