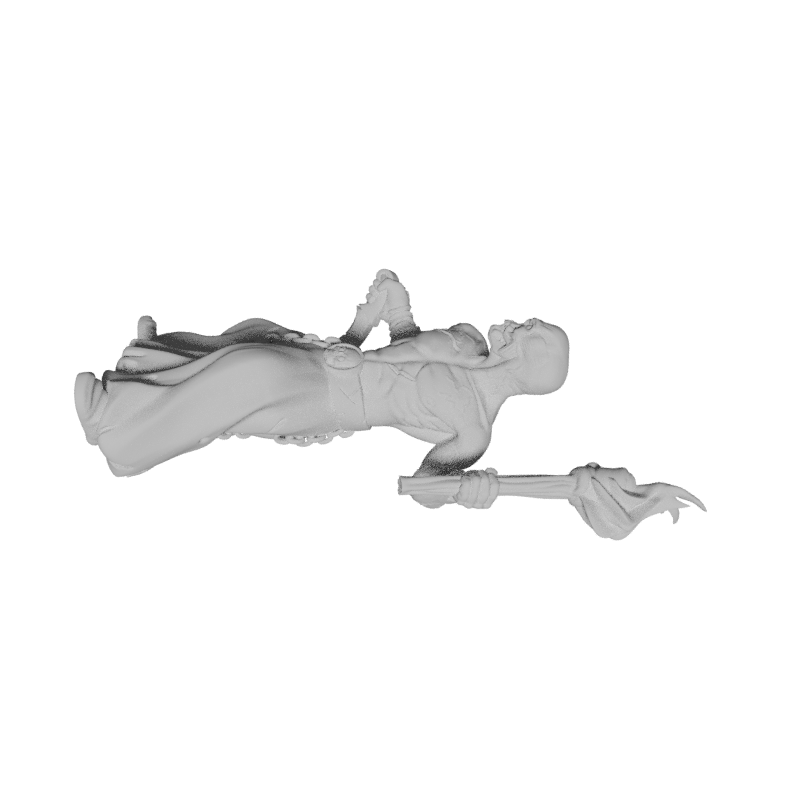 The Cult of Bale are worshippers of the God of Death and Murder. They're an unpleasant bunch at the best of times, but the Sieger is the Death's Head, the highest rank within the cult. As an outward display of their faith and devotion to their God, the Death's Heads remove the skin from their head and face so that they mimic the image of Bale's own gruesome face. It takes a special kind of crazy to peel the skin off your own face, which makes them just that little bit scarier!