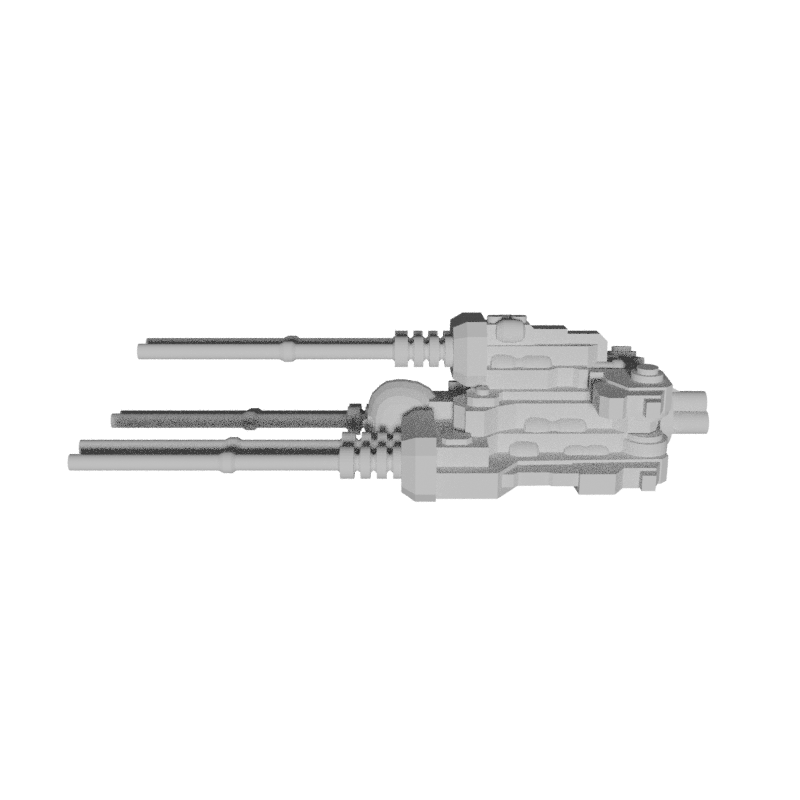 The Dark Fear D is a railgun destroyer, carrying six heavy railguns. Though seemingly of a similar in mission profile to the A, the D is principally an artillery vessel, using its agility to stay at range to pound away at enemy vessels. It often acts in concert with the Dark Fear A and Bs, with the other vessels forming a screen. Another common companion is the Sorrow Skean – the Sorrow Skean, being even more agile, is much more suited to closing to short range with its own railguns, while the Dark Fear Ds can support from longer ranges.

Despite this, a vessel getting too close to a Dark Fear D is only more likely to be hit by the massive railguns, quite capable of punching through shields to strike armour on most conventional vessels. The Dark Fear’s native agility means it is still quite capable of performing in the close attack role, though not as adeptly as the larger and faster Sorrow Skean.