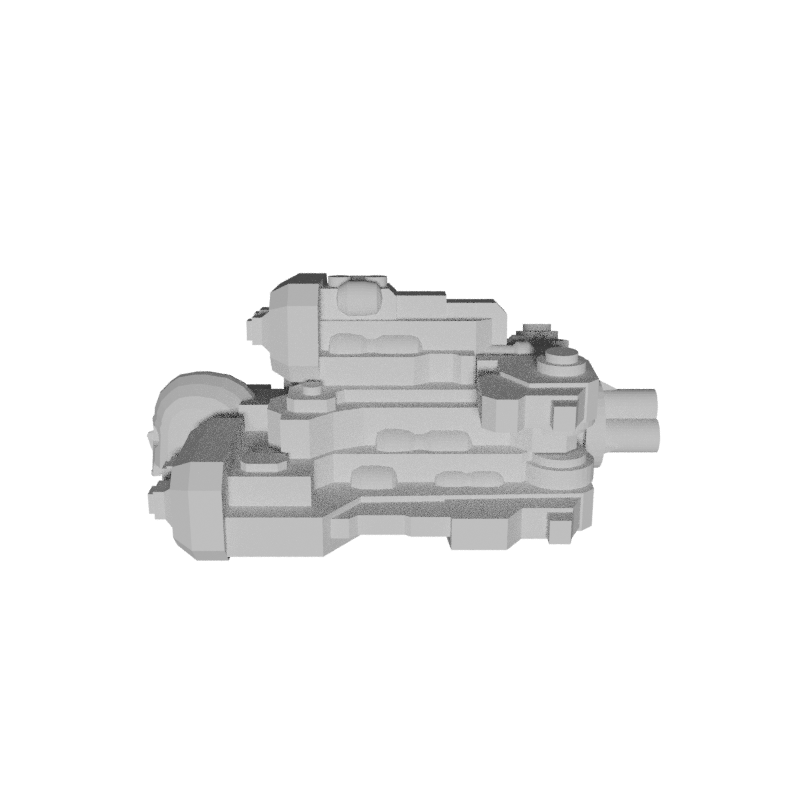 The Dark Fear C carries six warhead launchers, each capable of hurling five missiles in a single burst (twice that with the smaller semi-guided rockets and point-defence missiles). It can carry over five hundred missiles and a torpedoes. A typical load splits this between long range, standard and point-defence missiles, salvo rockets and standard and ioniser torpedoes, with enough quantities to fill any required role. More specialist vessel carry load-outs biased towards their particular job.

Because the missiles make it a higher-value target, the Dark Fear C carries almost twice the amount of shielding as the other versions, making it an extremely difficult nut to crack. In addition, it has a second fire-control suite to allow it to strike at more targets. Given the plentiful size of the warhead launchers, it is not even an easy task out attempt to out-last the storm of missiles, when the vessel would be largely defenceless.