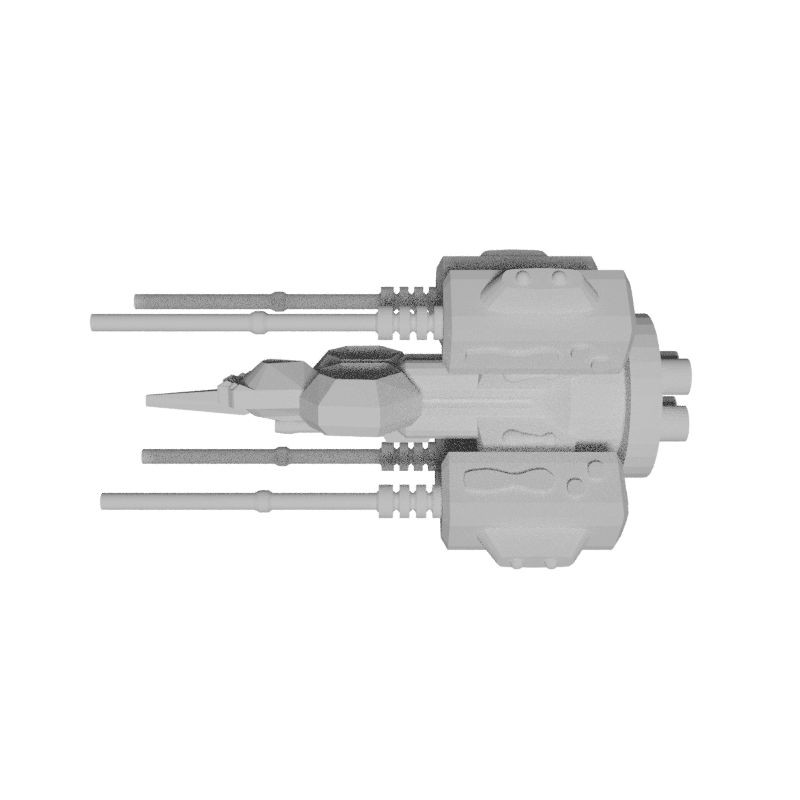 The Sorrow Skean is a fast attack cruiser. It was first fielded during 2337 with the 10th generation’s second wave, alongside vessels like the Keening Abyss. It has the typical heavy shields and armour that characterise the Aotrs fleet, but its main protection is its enormous agility and speed, which eclipses most escort vessels. Only the Keening Abyss and Subterfuge can keep up with it at full speed.

The Sorrow Skean’s primary armament is provided by four heavy railguns allowing it to work at both long and close ranges. It can kite an opponent from range, firing a salvo and then manoeuvring to open the range with its superior agility, or charge swiftly to close range.

At the close ranges, the railguns are supplemented by a spinal mount plasma-pulse cannon, which provides some extra punch and can be devastating against a target that has lost shields and had its armour penetrated.

A point-ECM system and numerous anti-fighter/anti-missile defences enable Sorrow Skeans to operate as a roving pack more-or-less independently of the main fleet.