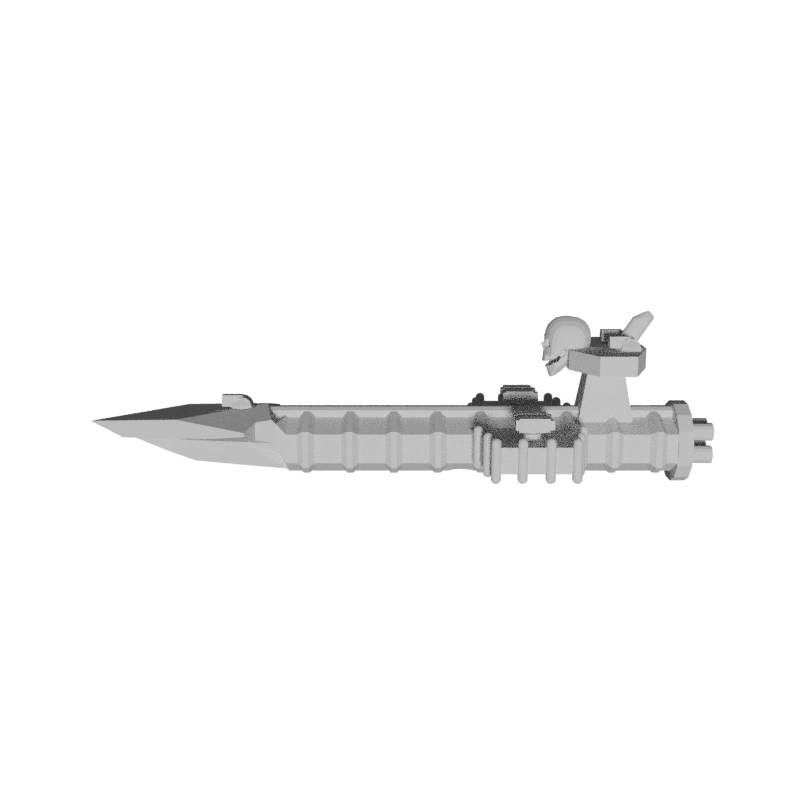 Bringing a fresh approach at fleet point-defence capability, the Spiritwrack was the first of the second wave of 10th generation ships, entering service in 2336. The Spiritwrack and the later Spectral Glow shifted the onus of area-defence away from other vessels, which in term allowed the Aotrs to replace such systems with more or better weapons on their other ships.

The Spiritwrack’s principle means of achieving this objective is by the use of point-defence missiles. A pair of twin missile launchers can provide a salvo of forty point-defence missiles to intercept an enemy salvo. For closer range work, it boasts a wide array of long-range light coldbeam turrets. A series of capital-scale coldbeams (including a trio of turreted heavy cannons) provide it with some anti-capital ship offense as well. Against a lighter vessel, it can be devastating – the main coldbeams take out shields and armour and the point-defence weapons can do their grisly work on the unprotected hull.

While initially conceived as purely an escort cruiser, in practise, about 15% of the Spiritwrack’s typical missile load consists of regular warheads, allowing it a few salvos of anti-capital ship fire. Due to the inherently flexible nature of Aotrs missile technology, changing the Spiritwrack’s mission profile is as simple as changing the reloads, allowing it to potentially fill other roles as well.

Defensively, the Spiritwrack has good speed and manoeuvrability, and excellent shields and armour for a medium cruiser. It also carries a point-ECM system to further protect it from the enemy missile fire it itself is likely to attract.