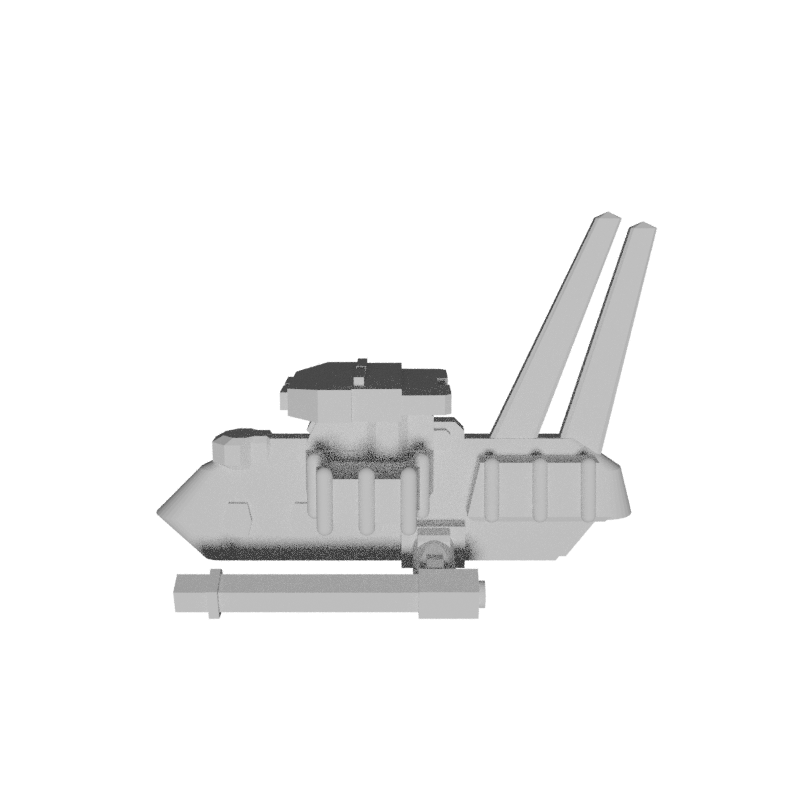 The Traitor Recon Destroyer is the Aotrs’ primary sensor ship. As part of a fleet, it functions as an electronics warfare vessel, providing sensor support and electronic counter-measures and serves as a communications hub.

But as often as not, the Traitor will operate independently of a fleet. Equipped with the Aotrs’ best stealth technology, the Traitor can slip quietly into system, hiding near asteroids or moons and keeping watch on nearby conflicts without ever being spotted. Traitors are also known to lurk in interstellar space, listening in on interstellar communications and monitoring those FTL transit routes that the Aotrs’ superior sensor technology can track. In this role, the Traitors are responsible for gathering a significant proportion of Aotrs intelligence. They are considered one of the most invaluable ships in the entire fleet.

In combat, the Traitor is not a soft target. It carries a small but respectable battery of coldbeams, both anti-capital and anti-fighter. It is the only 10th generation Aotrs fleet vessel currently fitted with torpedo tubes (rather than warhead launcher that can use both missiles and torpedoes), slung either side of the ship. Though it might seem as though the tubes were intended to be turreted, in reality, their position allows them to do double duty as additional sensor and communication masts, like the rear bone-like spires. The torpedoes give it a considerable reach that foes might not expect from a recon vessel and enabling it to contribute firepower during a fleet battle.

Given its major role as a long-range stealth observation unit, the precise numbers of Traitors the Aotrs possess is unknown – even on the rare occasions when an individual Traitor is actually detected, identifying it as a single unit for a count is difficult.