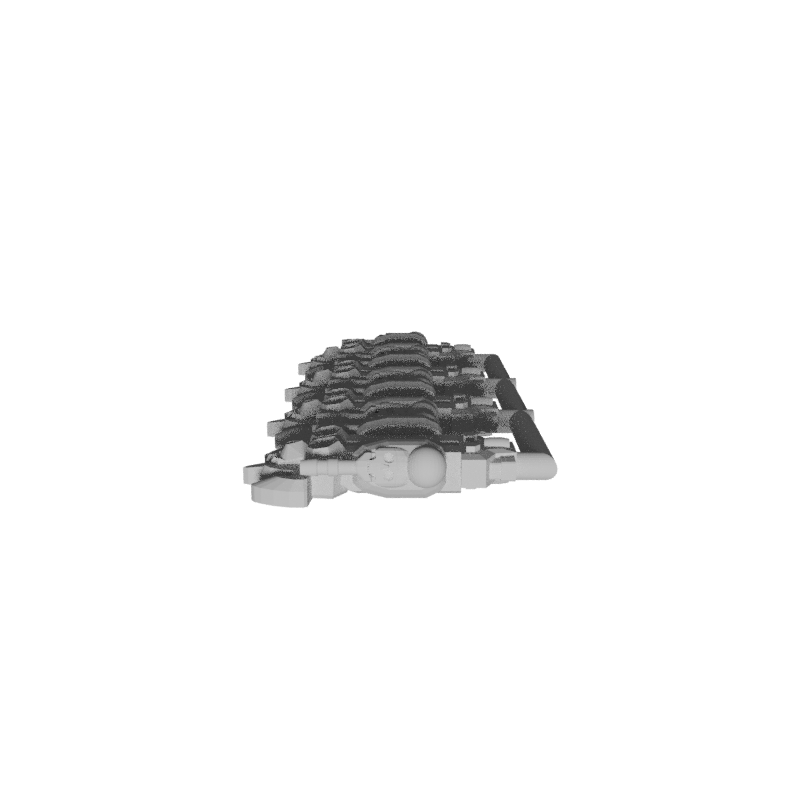 One of the earliest ships of the current 10th generation, the Frostbeam is a straightforward combat vessel, capable of performing both attack and escort roles.

The Frostbeam is armed with several light coldbeam turrets for point-defence, but its main offence are the two coldbeam turrets. It is very well protected for its size, and boasts good manoeuvrability. However, the Frostbeam’s turrets were not particularly powerful, and only suited to mid-to-close range work, which exposed them to greater risk of damage and destruction.

In 2335, a prototype Frostbeam-A upgrade was developed. This used more recent advances in coldbeam technology to replace the turrets with upgraded version, doubling the range at the expense of slaving them together for effect. This improvement in performance was considerable, and while it meant the turrets were more vulnerable to being knocked out – destroying one would disable the other, due to the linked power systems – it allowed the Frostbeam As to function as support and escort for other cruisers and still be able to contribute to the battle and to be able to engage on their own from a safer distance. By 2341, all remaining Frostbeams had been refitted to Frostbeam A variants. Frostbeam losses saw a corresponding drop.