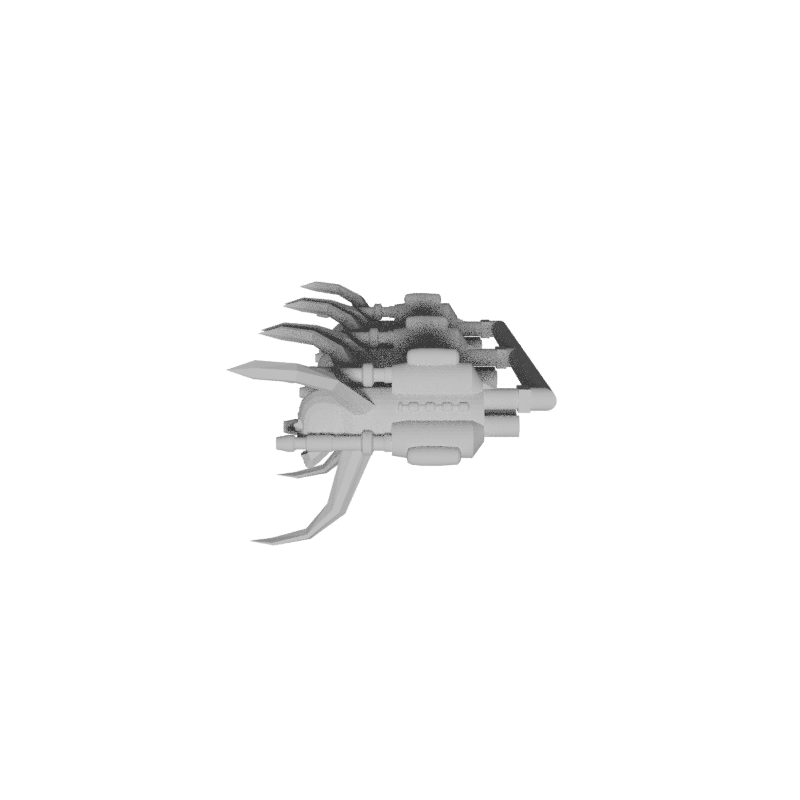 The Keening Abyss also mounts three short-range plasma-pulse cannons. In concert with the thaumic lightning array, the Keening Abyss can strip away a lot of enemy shields and armour, allowing the Subterfuge that it is often deployed to accompany to slice the enemy to pieces. Even alone, the greater efficacy of the plasma-pulse cannons against an unarmoured hull makes it a dangerous vessel.

A quartet of light coldbeam turrets provide a little defence against missiles and fighters – or further offence against capital ships who shields and armour is has blasted away.