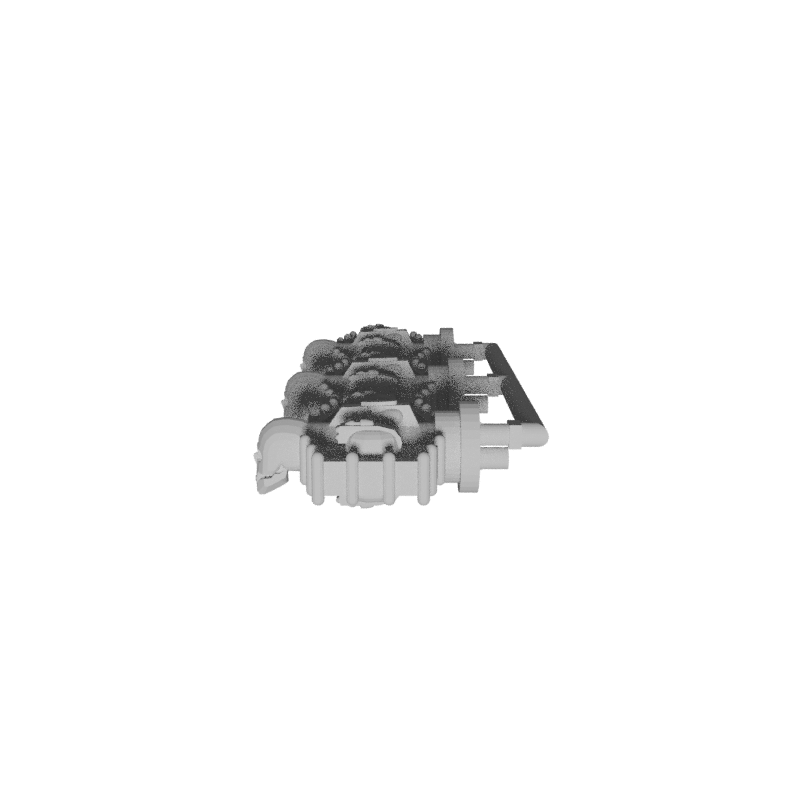 Introduced in 2337, the Hoarfrost Frigate's primary role is to supplement the Spectral Glow and Spirit Wrack in their role as fleet defence. The Hoarfrost provides mid-range point-defence for squadrons. Larger and much sturdier than the Spectral Glow, it is armed with a battery of long-range point-defence coldbeam batteries, but no anti-starship weapons.

The Hoarfrost A is modified for close range point-defence. By modifying the long-range point-defence systems for continuous discharge, it gains considerable more stopping power but only half the range. It was initially hoped that the weapon systems would be configurable to either mode, but unfortunately this was still beyond practical Aotrs technology. However, both sets of weapons share 95% of the components and the remainder were made modular, so refitting from one variant to the other can be done comparatively quickly, in just a few hours. The Hoarfrost A has become the most common configuration in use, leaving the majority of the long-range interdiction to its missile-bearing cousins.