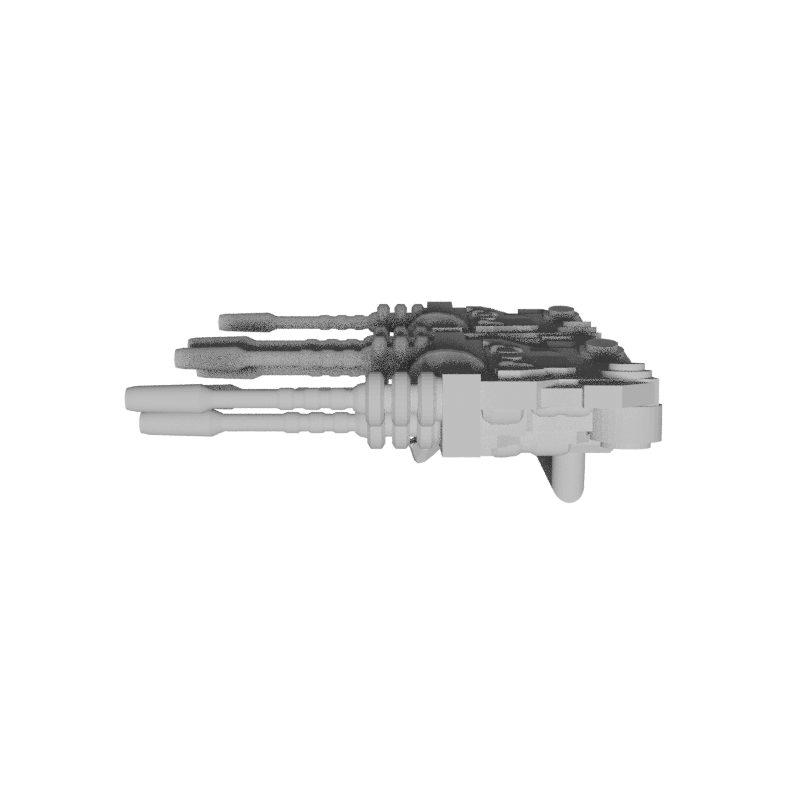 
Army Of The Red Spear

The Shadowfang was one of the earliest ships of the current 10th generation, and after fifteen years of advancement, there were many improvements that could be made. In 2337, the first Shadowfang Mk II Frigates entered the prototype stage. Unlike the Frostbeam A, which was a refit applied to all existing models, fine-tuning the weapon systems, the Shadowfang Mk II is a new model, adding in new technology, but not making changes severe enough to warrant a new class. The Mk II hull is 20% more massive (though its overall size has changed little), but it maintains the same mission profile. Most of this extra mass is due to the enlargement of the coldbeam cannons, which have been increased in power and range by 33%, giving the Mk II even better firepower. Numerous additional point-defence systems have also been added, which enmasse somewhat compensate for the main cannon's poor firearcs. Shadowfang Mk IIs are now a common sight Aotrs fleets, supplementing their older brethren.