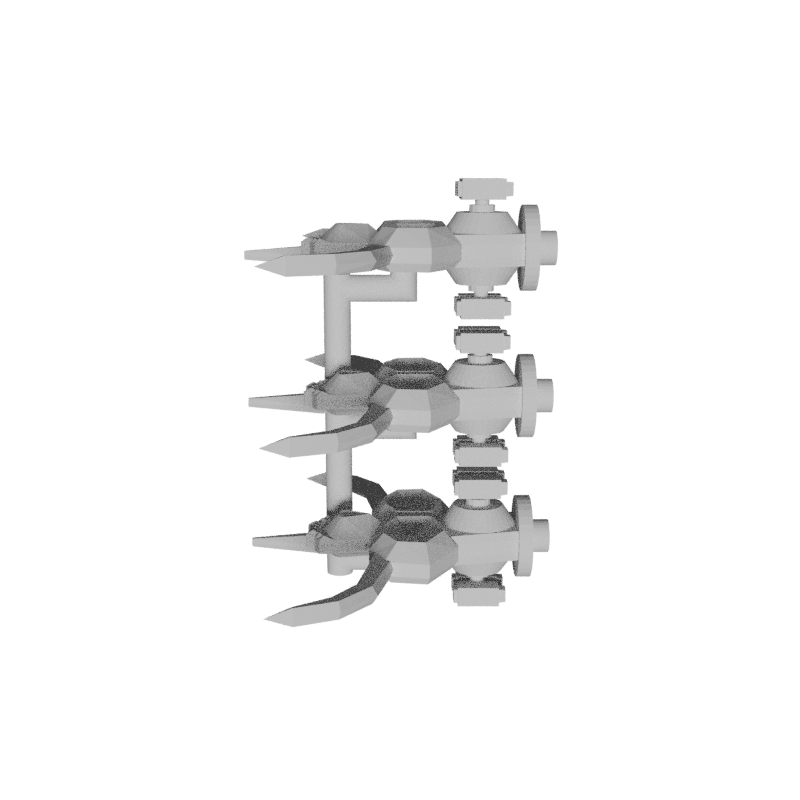 Introduced in 2336, the Spectral Glow is a fast heavy corvette to provide additional anti-fighter and anti-missile protection to groups too small or too fast for the Spiritwrack.

The Spectral Glow carries the same double warhead launcher that the larger Spiritwrack does, though its internal magazine is significantly smaller. It is thus usually only equipped with the point-defence missiles as it lacks the capacity to perform its primary job and perform anti-ship duties at the same time. It carries only a couple of light coldbeam point-defence turrets for its own defence against missiles.

The Spectral Glow is armed with a small thaumic lightning cannon. While nowhere near as powerful as the Howling Void’s, or even the Keening Abyss’, it affords the Spectral Glow some offensive against starships, albeit at close range. The thaumic lightning cannon was chosen as a compromise, as despite the higher manufacturing cost compared to a like coldbeam, it did not require as much mass or a bulky turret to fulfil the same role. The ritual cores of the Spectral Glow are not powerful, but enough that a single one-lich meditation circle was added to allow the use of some ritual casting.

The vessel relies on speed and evasive capability for protection, possessing minimal shields and little armour. Given it is a highly evasive corvette and found performing escort duty, it would generally expected to suffer less fire, as the vessel it is escorting is a higher priority target. But its reliance on expensive warheads on a relatively fragile hull makes it a tempting target.

With a faster manufacturing rate than the larger Spiritwrack, a small number were quickly deployed to every fleet group.