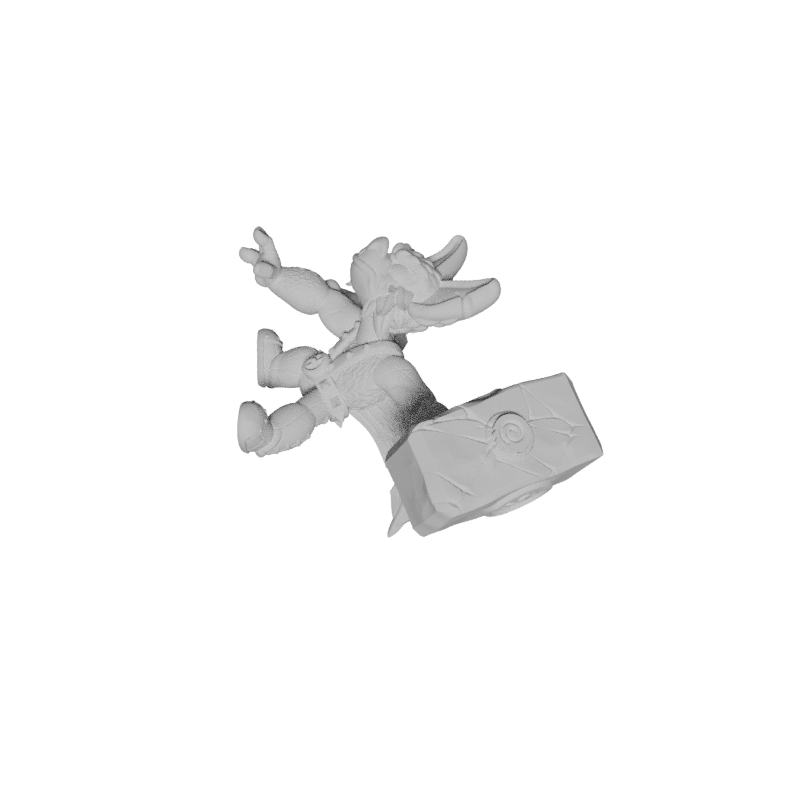 Lockjaw The Bat Barbarian
Grab Lockjaw the Bat Fighter for your tabletop role playing games before his hammer smashes down! 🦇
LockJaw was teased as he never learned to fly. He turned this into an advantage and worked on his strength and dexterity. He weilds his hammer as if it was a feather when it is anything but. Earl the Elephant Ranger was a close personal friend until recently at a tavern the Elephant made the mistake of teasing the Bat for his flightlessness.
51.76mm x 36.55mm x 34.46mm
24mm Base